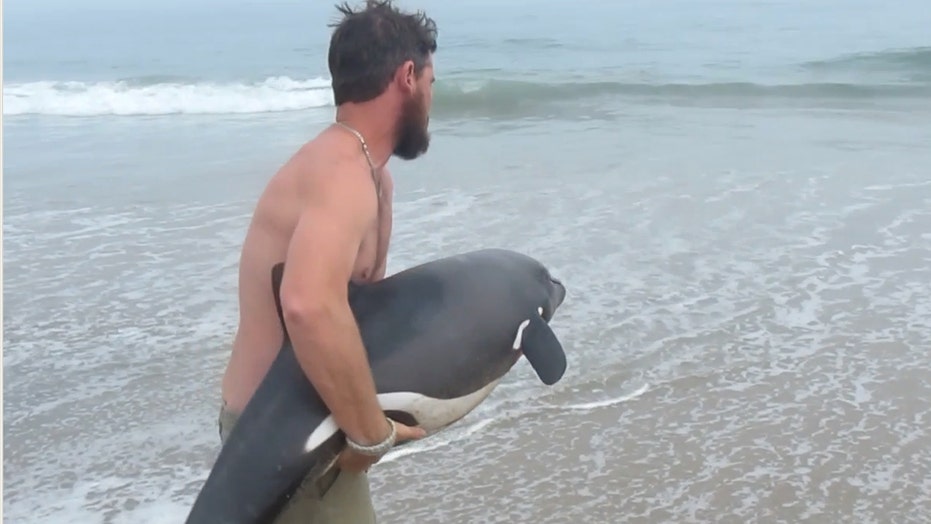 A lucky dolphin has been given a second chance thanks to a tour guide that saved its life.

Video of the man rescuing a stranded young dolphin in Southern Africa has gone viral, with more than three million views in under 24 hours.

Pelican Point Kayaking posted the video on Facebook after finding the juvenile male Benguela Dolphin on the beach in Namibia.

The man picks up the dolphin and takes it back to the water where the mammal hesitates before bolting off into the ocean.

'It's not clear how he ended up on there in the first place. After a quick assessment and measurements, I attempted to get him swimming again,' the Facebook post says.

'I was not very hopeful, but as soon as he got into water and realized where he was he took off like a bullet. Nice. I'll do a drive past the same area again later just to make sure he hasn't returned again.'