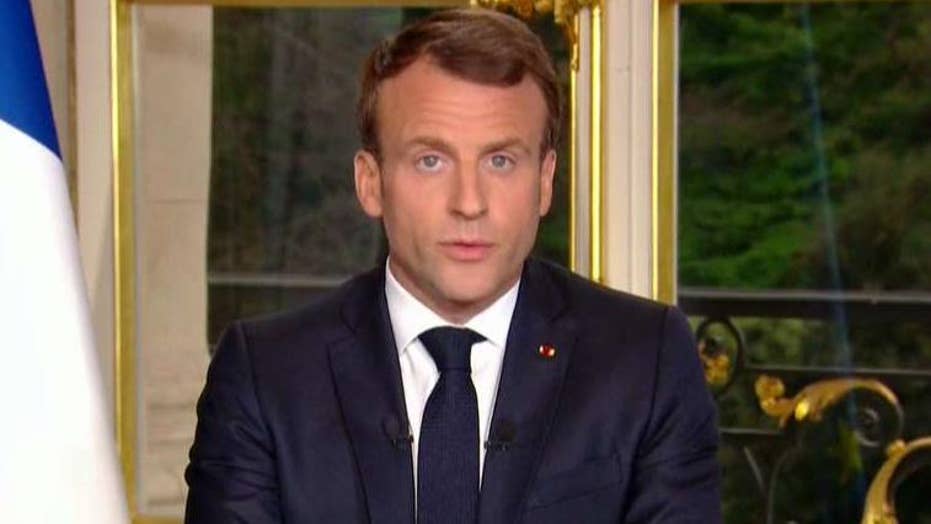 French President Emmanuel Macron vowed Tuesday to rebuild the badly burned Notre Dame Cathedral in five years, as dramatic footage was released showing the heroism of firefighters who battled the blaze for hours.

“We will rebuild Notre Dame even more beautifully and I want it to be completed in five years," Macron said in a televised address to the nation. "We can do it."

Macron added that Monday's inferno "reminds us that our story never ends. And that we will always have challenges to overcome. What we believe to be indestructible can also be touched."

Macron's comments came one day after a fire raged through the cathedral for more than 12 hours, ultimately destroying its spire and roof but sparing its twin medieval bell towers. As the blaze roared, there was a frantic effort to rescue the monument's "most precious treasures," including the Crown of Thorns said to have been worn by Jesus.

Also surviving was the Roman Catholic cathedral’s famous 18th century organ that boasts more than 8,000 pipes. Statues removed from the roof for restoration just days before were spared. The cathedral’s high altar was damaged by falling debris when the spire collapsed, an official said.

Although authorities consider the fire an accident, possibly as a result of restoration work at the global architectural treasure that survived almost 900 years of French history, Paris prosecutor Remy Heitz said the inquiry into what caused the fire would be “long and complex.”

Fifty investigators were working on it and are expected to interview workers from five companies hired for the renovations to the cathedral’s roof, where the flames first broke out.

Among those will likely be Julien Le Bras.

The young construction boss bragged about his company's ability to protect historic sites when he landed the lucrative $5.6 million deal to repair the famed cathedral's spire.

Bras, 32, owns the company Le Bras Freres. He has boasted in the past that "our first thought is to protect the values of historical buildings" and that "it's in our DNA." 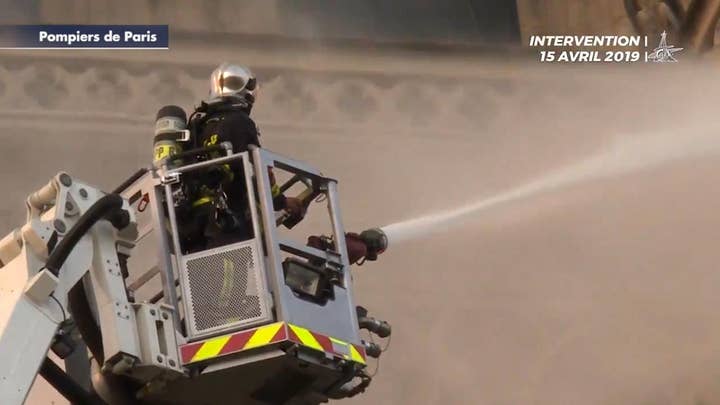 The Daily Mail reported Tuesday that workers from his company are being questioned by investigators.

As the probe into what happened continues, the Paris Fire Brigade shared dramatic footage of the roof of the cathedral engulfed in flames and billowing clouds of smoke. The incredible video also shows firemen and women racing into the burning building to save it from destruction.