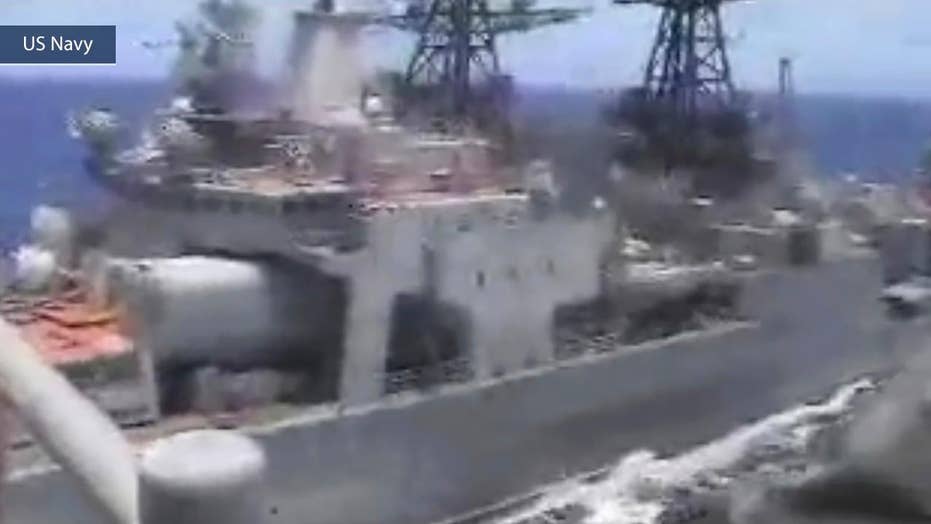 New questions surrounding US relations with Russia, China after string of tense incidents

"I identify 16 indicators in an alliance of evil that we've seen time and again over the last few years and they tend to be increasing," he said while appearing on "Cavuto Live."

He and Fox News host Neil Cavuto were discussing oddities in Russian and Chinese military movements -- including Russian and U.S. warships almost colliding in the South China Sea.

"They're by design," Maginnis said of the odd incidents. Pointing to other incidents like Xi's meeting with Russian president Vladimir Putin on Wednesday, Maginnis warned of Xi's "China dream."

"Clearly President Xi has his 'China dream,' which he calls it, which is basically world dominance militarily and economically by the middle of this century," Maginnis said.

He also warned of the two nations' ambitions beyond Asia. "There's a titanium flag of the Russian federation at the exact point on the bottom of the ocean at the Arctic Circle," he said.

"We need to recognize that [not only are] the Russians and the Chinese ... serious about claiming unclaimed or international territories, but they're willing to go after us should we counter that claim."

Maginnis added that President Trump rightly focused on China and Russia in his national security strategy. "China and Russia are premiere in terms of our future enemies ... and of course, Iran, North Korea proxies and violent, extremist organizations. We have to refocus on those enemies across the board -- trade ... nuclear programs," he said.