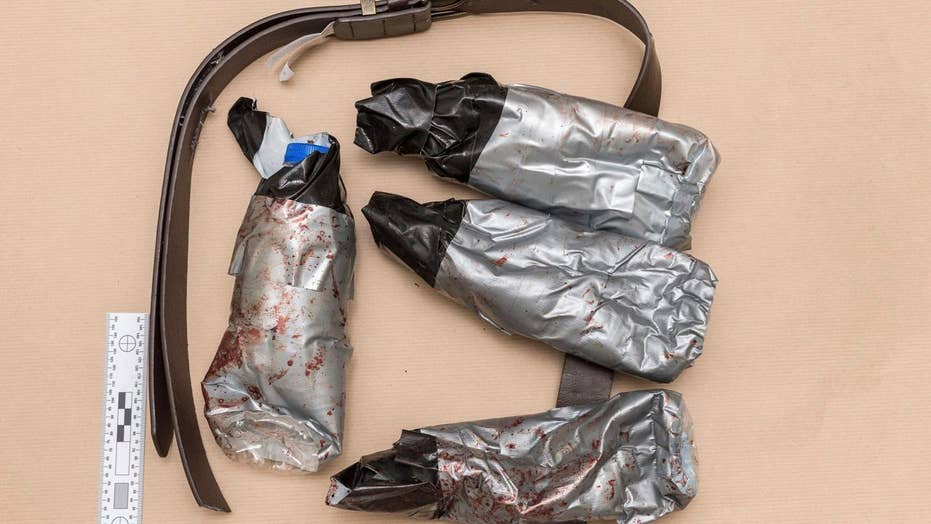 Photos of the fake suicide belts worn by the London Bridge attackers have been released, showing disposable water bottles wrapped in masking tape.

Police said they were designed to create "maximum fear".

"It could be that they had plans to take the attack into a siege situation or it might be that they saw it as protection from being shot themselves," said Commander Dean Haydon.

"It makes the bravery of those police officers and members of the public who tackled the terrorists even more remarkable," he added.

"The belt would have been visible to them and if you are fighting back or aiming a shot at someone wearing the device, you would clearly be very aware that you could be caught in an explosion."

It comes after detectives gave new details about how Khuram Butt, Rachid Redouane and Youssef Zaghba prepared their atrocity.

Police say the trio used a bedsit in east London as a safe house and rented a van after unsuccessfully attempting to hire a 7.5 ton lorry.

In a raid of the address, investigators found an English-language copy of the Koran opened at a page describing martyrdom, pieces of cloth on the floor that appeared to have been cut from grey jogging bottoms and two five-litre water bottles smelling of petrol.