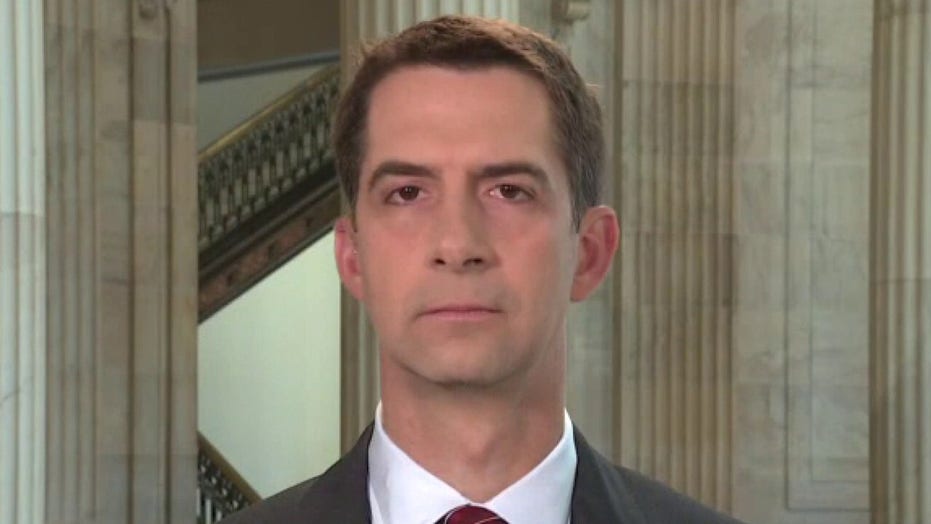 Sen. Cotton: Biden needs to stand up to anti-Israel voices in Democratic Party

Israeli Prime Minister Benjamin Netanyahu vowed Wednesday to "continue this operation" against Hamas "until its aim is met," despite President Biden calling him earlier to convey that he expects "a significant de-escalation today on the path to a cease-fire."

Netanyahu said he "greatly appreciates the support of the American president," but Israel will keep targeting the Palestinian terror group in order to "return the calm and security to you, citizens of Israel."

Biden spoke to Netanyahu early Wednesday, and the White House said the two "had a detailed discussion of the state of events in Gaza, Israel’s progress in degrading the capabilities of Hamas and other terrorist elements, and ongoing diplomatic efforts by regional governments and the United States."

"The President conveyed to the Prime Minister that he expected a significant de-escalation today on the path to a cease-fire," the White House said in a statement.

The Israeli military said it struck militant targets around the towns of Khan Younis and Rafah on Wednesday, with 52 aircraft hitting 40 underground targets.

At least 227 Palestinians have been killed so far in the conflict, including 64 children and 38 women, with 1,620 people wounded, according to the Gaza Health Ministry, which does not break the numbers down into fighters and civilians. Hamas and Islamic Jihad say at least 20 of their fighters have been killed, while Israel says the number is at least 130. Some 58,000 Palestinians have fled their homes.

Twelve people in Israel, including a 5-year-old boy, a 16-year-old girl and a soldier, have been killed.