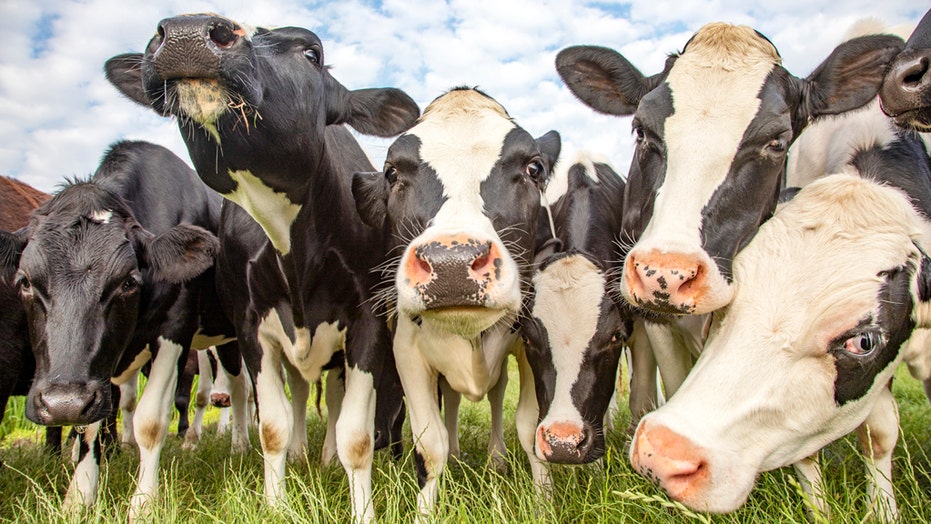 Nine cows on a farm in Ireland were killed after they were struck by lightning during a heavy thunderstorm on Sunday.

The incident happened Sunday afternoon as heavy thunderstorms bore through Dunlicky, County Clare, located on the west coast of Ireland.

The country's weather service had issued a weather alert for large parts of Ireland as thunderstorms brought the threat of torrential downpours, hail, and flash flooding.

The Irish Examiner reported that a passer-by was driving along when the person spotted a number of animals with their "legs in the air."

People who were in the area at the time the storms moved through reported "a lot of thunderstorm activity," with several claps of thunder and plentiful lightning.

"The rain was pouring down really heavy for about 20 minutes,” another person told the Examiner.

Nine cows were killed in a lightning strike on Sunday on Ireland's West Coast. (iStock)

A similar incident happened last year when eight cows were struck and killed by lightning during a storm in Moneygall, according to the news outlet.

In the U.S, two giraffes at a Florida wildlife park were killed instantly last May when they were struck by lightning during a sudden storm in the area as they were out in the pasture.

Lightning, known as a "bolt from the blue," can also strike from as far away as 25 miles away from a thunderstorm cloud, even when there appear to be clear skies, according to the NSSL.