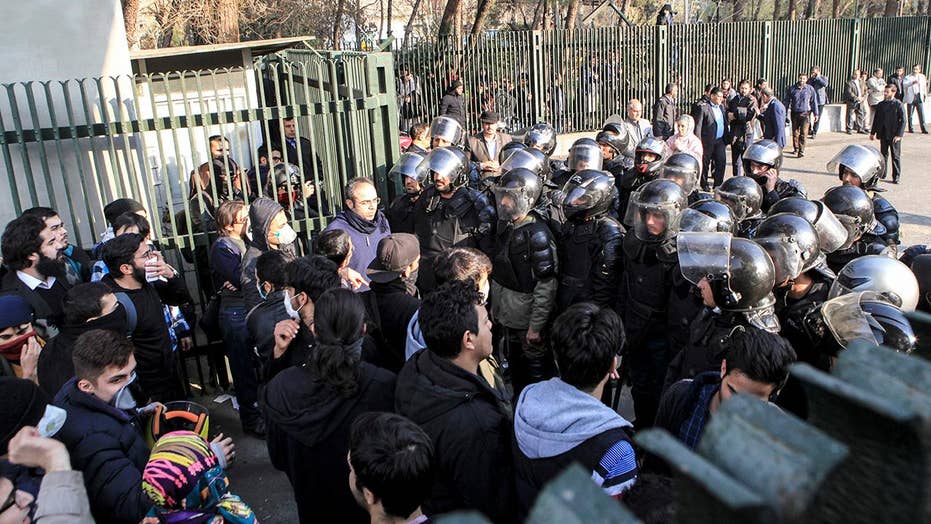 Eric Shawn reports: In Iran, 'death to the dictator!'

EXCLUSIVE – A leaked report provided to Fox News shows how Iran’s Supreme Leader Ayatollah Ali Khamenei met with political leaders and heads of the country's security forces to discuss how to tamp down on the deadly nationwide protests.

The report covered several meetings up to December 31 and was provided to the National Council of Resistance of Iran (NCRI) from what it said were high-level sources from within the regime.

The meeting notes, which have been translated into English from Farsi, said the unrest has hurt every sector of the country's economy and “threatens the regime’s security. The first step, therefore, is to find a way out of this situation.”

The report added, “Religious leaders and the leadership must come to the scene as soon as possible and prevent the situation (from) deteriorating further.” It continued, “God help us, this is a very complex situation and is different from previous occasions.”

As the protests continue to spread, the total number dead rose Monday to at least 13, including a police officer shot and killed with a hunting rifle in the central city of Najafabad.

According to NCRI sources and reports from within Iran, at least 40 cities across Iran witnessed protests Monday, including in the capital city of Tehran. These reports stated that slogans heard included “Death to the dictator” and “The leader lives like God while the people live like beggars.”

The regime's notes claimed protesters “started chanting the ultimate slogans from day one. In Tehran today, people were chanting slogans against Khamenei and the slogans used yesterday were all against Khamenei.”

The notes added that the intelligence division of the feared Islamic Revolutionary Guard Corps (IRGC) was “monitoring the situation” and “working all in coordination to prevent protests.”

It said a “red alert” has not yet been declared, which would lead to direct military intervention in the protests. But it then predicted that sending IRGC or the Bassij forces would “backfire” and would further “antagonize the protesters.”

Messages of support for the protesters from President Trump and other administration officials were also mentioned in the report. “The United States officially supported the people on the streets.” 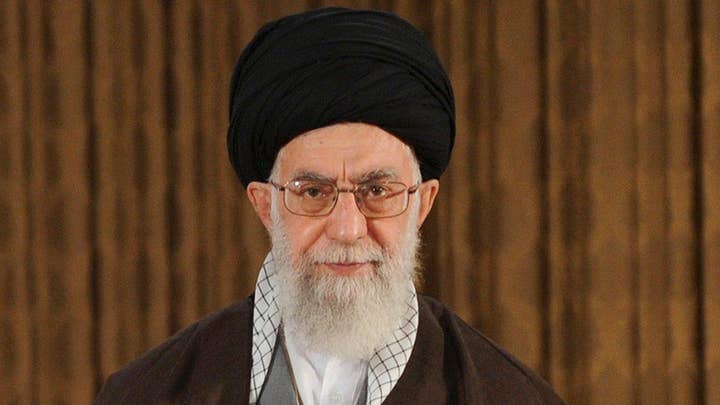 The notes continued by saying the U.S. and the West “have all united in support of the Hypocrites,” the regime’s pejorative description of the People's Mujahedin of Iran (MEK) which is one of the groups making up the NCRI.

The meeting notes said the leader of the NCRI, Maryam Rajavi, and the “Infidels,” which the translation said referred to "the West," “are united for the first time.” It continued, “Maryam Rajavi is hoping for regime change,” saying the protests are “definitely organized,” and “the security forces report that the MEK is very active and is leading and directing them.”