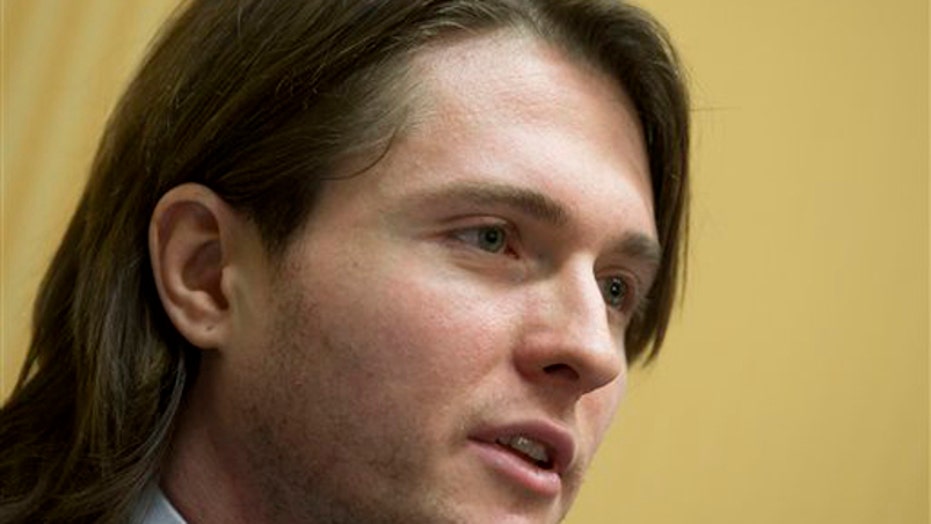 Raffaele Sollecito was acquitted of murder

ROME – Amanda Knox's former Italian boyfriend said Monday he needs to heal wounds inside his heart and soul, now that he and the American have been definitively acquitted of her British roommate's 2007 murder in the Italian town where all three were then students.

"I feel today like someone who was kidnapped, who after seven years and five months has returned to freedom," Sollecito said, referring to the time since Meredith Kercher was found fatally stabbed in her bedroom of the Perugia house she shared with Knox and other roommates.

Sollecito and Knox spent four years in jail, including after being convicted early in the case. The later 2014 convictions by a Florence appeals court brought sentences of 25 years and 28 1/2 years, respectively.

"Everyone was pointing a finger at me, like I was a murderer, without a shred of evidence," he said.

The Florence court had ruled that Knox and Sollecito had acted in concert with Rudy Guede from the Ivory Coast, who was convicted of Kercher's slaying and sexual assault in a separate trial and is serving a 16-year prison sentence.

Sollecito said he spoke with Knox by phone when they were celebrating with their respective families -- his in southeastern Italy and hers in Seattle. Both of them "exchanged many good wishes for a new future," Sollecito said.

Until Friday's ruling, life was a "kind of limbo," Sollecito said. "So for me, the wounds inside my soul, inside my heart ... it's very hard to erase them." He said he needed "time to heal," and "time to really breathe this fresh air."

He said he had no immediate plans to see Knox. "Our relationship remains that of friendship," added Sollecito, who now has an Italian girlfriend.

Sollecito's lawyer, Luca Maori, said Guede is the one "who knows exactly what happened" and appealed to him to say what he knows about the slaying.

Kercher's family has expressed disappointment and bewilderment over the acquittals.

"I am very sorry that Meredith's family was disappointed and saddened by this verdict. This verdict represents the judicial truth, which this time coincides with truth in fact," Sollecito said. "I have nothing to do with this murder."

Lawyer Giulia Bongiorno said the maximum compensation under Italian law for wrongful imprisonment is 500,000 euros (about $550,000). She said that as of now there were no plans to bring any lawsuits against the prosecutors in the two trials which yielded convictions.

"There are no feelings of revenge in Raffaele Sollecito's heart," she said.