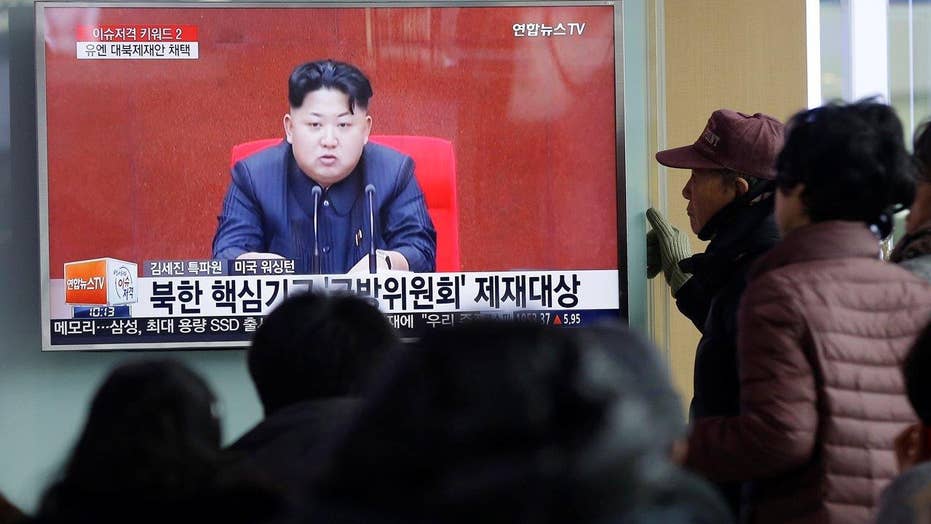 North Korean ruler Kim Jong Un randomly fires off missiles whenever he gets upset about the United States’ demands, his father’s former sushi chef revealed Wednesday, as the country appeared to be gearing up for its next launch.

Kenji Fujimoto, now living in Japan, told the Japanese newspaper Mainichi Shimbun that Kim Jong Un made the admission during a recent trip to Pyongyang.

"I have no intention of waging war," Kim said, according to Fujimoto. "It's that whenever a diplomat tries to approach the U.S., they come up with unreasonable demands. They aggravate me, so I launch missiles.”

Fujimoto has worked with the Kim family since the 1980s and left North Korea in 2001. Since then, he reportedly has advised Kim on North Korea-Japan relations.

"They aggravate me, so I launch missiles."

— Kim Jong Un during a meeting in Pyongyang, according to Kenji Fujimoto

"[Secretary Kim] said that he thought it would be a good idea if I played a bridging role between Pyongyang and the Japanese government," he said. The dictator's father, Kim Jong Il, led North Korea from 1994 until his death in 2011.

Also, South Korea said Wednesday that the North has built a half-size mock-up of the South's presidential palace at a firing range in what appears to be preparations for a live-fire drill.

An official from the South's Joint Chiefs of Staff, who didn't want to be named, citing office rules, said the information came from an analysis of South Korean satellite imagery, The Associated Press reported.

North Korea in recent weeks has repeatedly threatened to strike the presidential palace and government buildings in Seoul amid annual joint military drills between the United States and South Korea.

But a pre-emptive large-scale strike by North Korea against the South is highly unlikely, The Associated Press reported. Such a move would risk bringing down Kim's authoritarian rule given the likely military response of the U.S. and South Korea.

The crippling international sanctions imposed on North Korea for its nuclear tests have been taking its toll on the country, as Kim announced in late March that North Korea could be headed for another famine like the one that killed an estimated 3.5 million people in the 1990s.

"The road to revolution is long and arduous," an editorial in the state-run Rodong Sinmun newspaper said, according to The Telegraph. "We may have to go on an arduous march, during which we will have to chew the roots of plants once again." Meanwhile, South Korean analysts said recently that Kim himself apparently gained more than 80 pounds in the last year.