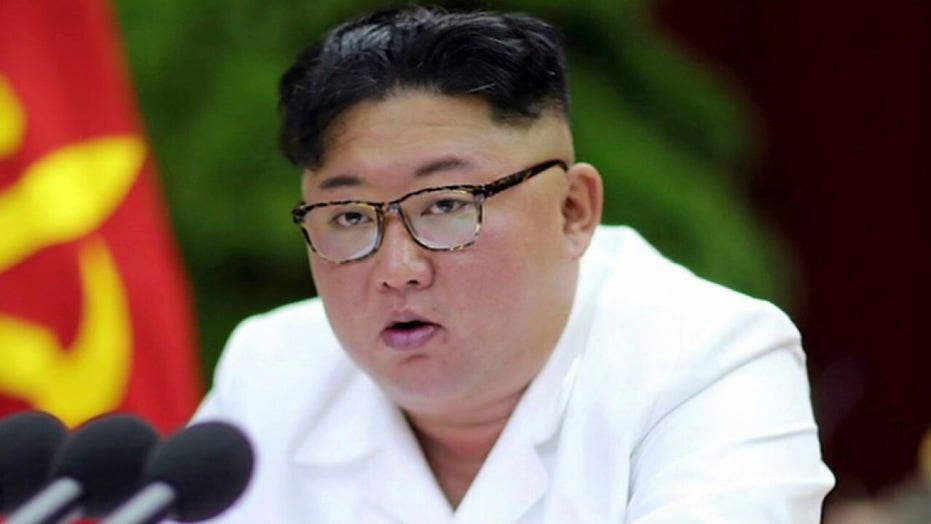 As speculation grows over the whereabouts of North Korean leader Kim Jong Un, rumors continue to swirl over his health and who could lead the rogue nation should there be a transition of power.

North Koreans have only known the Kim family as its rulers. Kim's father, Kim Jong Il, ruled the country before him, and his grandfather, Kim Il Sung, founded the communist-run state more than seven decades ago.

In an effort to keep control, the dynastic regime and the Workers Party of Korea have sealed off the country from the world through severely restricting travel, the Internet and anything else deemed a threat to their socialist ideology, in addition to suppressing freedom of speech and expression.

Part of holding onto power involves the cultivation of a cult of personality that paints the family as godlike figures who dominates daily life. State media constantly runs positive stories about Kim Jong Un and children learn about the family in school through songs and classroom instruction.

North Korean leader Kim Jong Un (C) presides over a ceremony marking the second anniversary of the death of his father and former leader Kim Jong Il in Pyongyang. (REUTERS/KCNA)

Kim all day, every day

Images of Kim Il-Sung appear on billboards, buildings, offices, classrooms and in the form of a large statue alongside his son where many North Koreans visit daily to lay flowers and worship. Even train cars carry photos of both men.

More than 500 statues across North Korea honor Kim Il Sung, and portraits of him and his son hang in nearly every home. Citizens are also required to wear patriotic pins on their shirts.

Images of the leaders are everywhere and are almost unavoidable.

Brainwashing starts at an early age

North Korean schoolchildren are taught the benevolence of their leaders from an early age. At the same time, they are indoctrinated to hate the United States.

One man who defected to South Korea told The Washington Post that even the most mundane of items or positive happenings are attributed to the Kim family.

“The teachers would say: ‘Do you know where the milk came from? It came from the Dear Leader. Because of his love and consideration, we are drinking milk today,’” said Lee.

High school students are taught hours of courses dedicated to Kim Il Sung and Kim Jong Il. The north's propaganda machine is able to portray the family as deities because of the restrictions imposed on citizens.

Televisions sets are fixed to state-run channels and anyone caught with foreign DVDs or devices are punished. Most people don't have access to the Internet and the regime tightly controls the flow of information.

The cult of personality goes beyond singing the praises of the Kims. Other claims border on the absurd. A syllabus given to North Korean teachers in 2015 claimed that Kim Jong Un first drove a car at age 3 and that he raced the chief executive of a foreign yacht company when he was just 9.

Other claims, if they are to be believed, are that Kim Jong Il and Kim Il Sung never defecated or urinated. In the sports realm, Kim Jong Il supposedly bowled a perfect game and once made 11 holes in one during a golf match.

Other claims say he was born under a double rainbow and that a new star appeared on his birthday. State media also says he wrote more than 1,500 books, and as a baby, began to walk at 3-weeks-old.

What do you give a dictator as a gift? The International Friendship Exhibition Hall in Myohyangsan, North Korea, houses a collection of gifts given to Kim Il Sung and his son from foreign leaders. The hall is visited by many North Koreans and is considered a major tourist site for foreigners who are escorted by North Korean officials everywhere they go.

The museum is meant to convey the message that the regime receives worldwide support, according to North Korea analysts. The hall features more than 100,000 gifts that include a railway car from Soviet dictator Joseph Stalin, a USSR tank from Easy Germany, as well as presents from other despots.

The worship of the Kims revolves around Kim Il Sung, who founded North Korea, which is still technically at war with the rich, democratic South Korea.

He is often portrayed as an anti-Japanese revolutionary hero and remains the country's eternal president for life, even more than two decades after his death. The world witnessed the level of worship when Kim Jong Il died in 2011, and North Koreans poured onto the streets to weep uncontrollably.

Many mocked it and assumed the crying was faked to appease the regime for fear of retaliation over failing to properly mourn his passing.