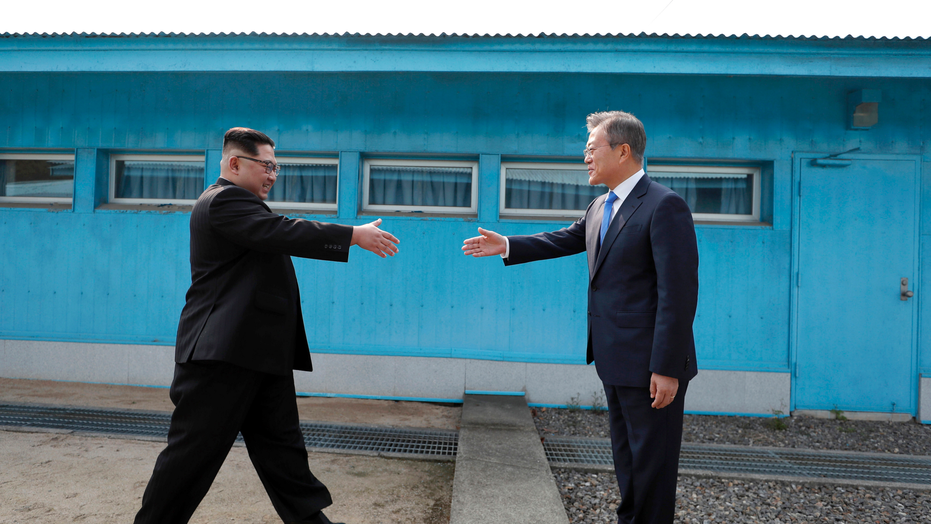 In the letter that was delivered to Moon on Wednesday, Kim wrote that he hoped South Korea would overcome the deadly spread of COVID-19, which saw 438 new cases of the virus on Thursday.

Moon sent a letter to the North Korean leader in return, expressing his gratitude for the remarks, his office said, according to the Korean Herald.

The brief showing of unity comes as nearly 5,800 people have tested positive for the virus in South Korea -- the most cases outside of China.

North Korea shares a border with both countries but officials said not a single person has been infected by the virus so far. South Korean spy agencies said the North has put at least 7,000 people under quarantine.

Officials in North Korea previously announced the country was closing its borders to foreign nationals and Kim warned of serious consequences if the virus came through, according to the Washington Post.

Earlier this week, Kim Yo-jong -- the North Korean leader's only sister and one of his closest aides -- said South Korea had no right to criticize their first weapons test this year. She made the statement Tuesday night under her name for the first time.

“As far as I know, the South side is also fond of joint military exercises and it is preoccupied with all the disgusting acts like purchasing ultra-modern military hardware,” Kim Yo Jong said.

“They meant they need to get militarily prepared but we should be discouraged from military exercises. Such a gangster-like assertion can never be expected from those with normal way of thinking," she added.