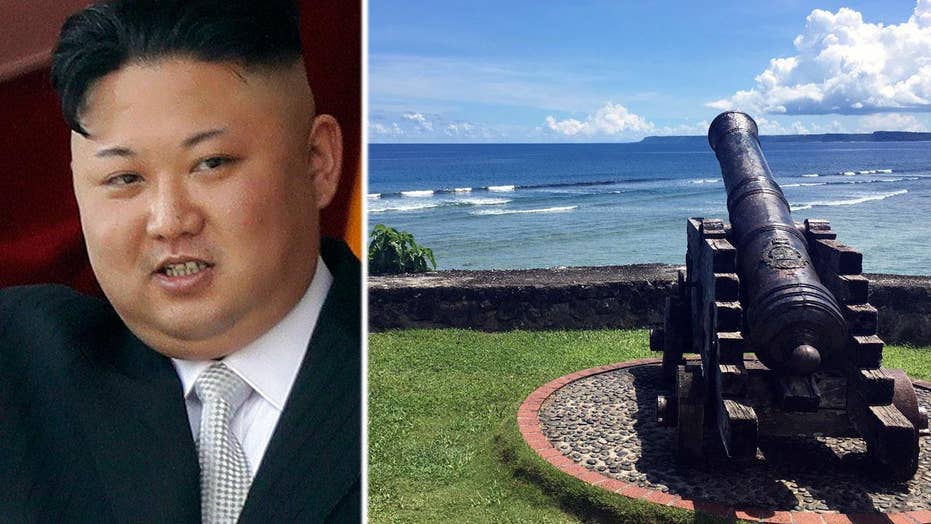 Kim Jong Un appeared to blink first, with North Korean media reporting Tuesday the dictator had delayed a decision about whether to fire missiles toward Guam – a pronouncement that came hours after a particularly stark warning from Defense Secretary James Mattis promised further escalation would mean “game on.”

Kim Jong Un’s remarks came as he made his first public appearance in nearly two weeks, inspecting his army and examining missile plans, the official state media arm, KCNA, reported, according to Reuters. But the leader also tempered his recent fiery rhetoric, appearing to step back from the brink in an intensifying war of words between United States and North Korean leaders.

“He said that if the Yankees persist in their extremely dangerous reckless actions on the Korean peninsula and in its vicinity, testing the self-restraint of the DPRK, the latter will make an important decision as it already declared,” KCNA reported.

Kim Jong Un's statement followed President Trump's promise of “fire and fury” if North Korea continued to threaten the U.S. and, on Monday, Mattis saying any sign North Korea was attempting to fire a missile at the U.S. territory of Guam would amount to “game on.”

“It could escalate into war very quickly,” Mattis said. “…Yes, that’s called war, if they shoot at us.”

The Tuesday statement is a long way from previous declarations, in which Kim Jong Un went so far as to circle a date for his plan to fire a missile at Guam.

The latest uproar between Pyongyang and the rest of the world began following a stunning acceleration in North Korea’s nuke program. North Korea twice successfully tested an intercontinental ballistic missile in July, and dual reports last week – out of Japan and the U.S. Defense Intelligence Agency – suggested North Korea had acquired the technology to miniaturize a nuclear weapon to fit on a missile. While Pyongyang still has hurdles to cross in developing a reliable nuclear ICBM delivery vehicle, the rogue regime’s rapid progress shocked the world.