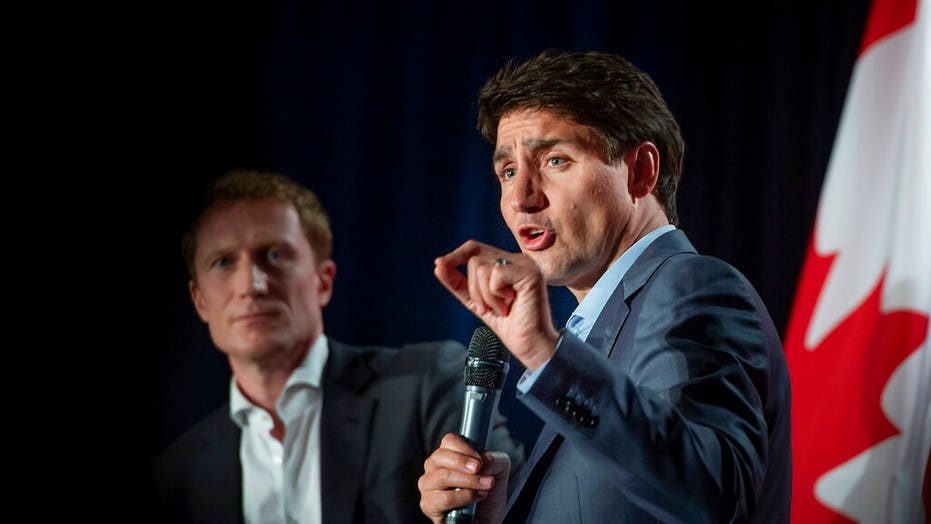 As one major national pollster recently put it, with just 18 weeks until Canadians cast their ballots in a hotly-contested parliamentary vote, Justin Trudeau’s Liberal Party is “running out of time” to recover their deficit in the polls to the opposition Conservative Party.

While recent surveys have shown Team Trudeau narrowing the gap against Andrew Scheer’s surging Tories, the party will need every seat they can get if they hope to win a second term this fall.

But in two critical seats that the Liberal Party won back in 2015, the party is facing an uphill battle, not against the Conservatives, but against two who until very recently were their own.

Jody Wilson-Raybould and Jane Philpott were once two of Justin Trudeau’s most esteemed cabinet ministers until earlier this year, when both left the government amidst the SNC-Lavalin scandal that has engulfed the Liberal Party.

Wilson-Raybould says that Trudeau and his senior aides inappropriately pressured her as Attorney-General to intervene in a criminal case against the Montréal-based engineering and construction giant.  Philpott, a close ally of Wilson-Raybould’s, stepped down as Trudeau’s right-hand woman in solidarity with her.

Both women were kicked out of the Liberal Party’s parliamentary caucus in early April, but they remained in the House of Commons as independents: Wilson-Raybould as the MP for Vancouver-Granville, a leafy and prosperous district lying immediately to the south of the city’s downtown, and Philpott as the MP for Markham-Stouffville, which spans two towns in Toronto’s dense northern suburbs.

The two confirmed last month that they plan to seek re-election as independents, potentially denying the Liberals of two seats that could prove decisive on the floor of Parliament after the election.

Already, members of the local Liberal Party association in Wilson-Raybould’s district have resigned from the party so they can support her independent bid for re-election. A poll commissioned for Maclean’s magazine showed Wilson-Raybould leading all four of the major party candidates in Vancouver-Granville — the former Liberal was three points ahead of her former party’s candidate, and a full eleven points ahead of the Conservative Party.

The poll suggested that Wilson-Raybould was drawing support from voters of each of the country’s major parties, not just onetime Liberals — her former party was down 18 points from their result in 2015, the same as the New Democratic Party, while the Conservatives were down 9 points in the district from their result four years ago.

Despite Wilson-Raybould’s progressive ideological leanings — and her repeated declaration to the press that she does not want the Conservative Party’s Andrew Scheer to oust Justin Trudeau as Prime Minister — she is respected by many Conservatives, including those who once fiercely opposed her reforms to the country’s criminal code while she was Justice Minister.

One Conservative Party member who lives in Wilson-Raybould’s district, speaking to Fox News on the condition of anonymity, said that her entire family planned to vote for the former Liberal MP over their own party’s candidate this fall.

In Philpott’s Ontario district, her odds of winning seem significantly less high — but she could well prove a spoiler that hands Markham-Stouffville to the Conservatives.

A Maclean’s poll showed the former minister in third place with the support of 19% of voters in the district, but with the Liberal Party holding a reduced lead of just five points over the Tories, a stronger performance for Philpott could result in the opposition gaining the seat come election day.

Complicating the electoral map for the Liberals even further is the slow but steady rise of the Green Party.

In a recent special election on British Columbia’s Vancouver Island, the party won only its second seat ever.  While the incumbents in the seat were the New Democrats and not Justin Trudeau’s Liberals, it was his party that lost the most support compared to four years earlier — down from second to fourth place.

The party, led at a federal level by wonkish environmentalist Elizabeth May, looks poised to pick up as many as ten new seats this fall, according to a recent polling projection by 338 Canada.

While some of those seats are currently held by New Democrats or Conservatives, the lion’s share of them are held by Liberals.

The Liberal Party can only afford to lose seven seats in October’s vote if they are to hold onto their majority in Parliament.  Any further seat losses after that would plunge the country into minority government — where no party holds a majority, and with independent and Green MPs potentially holding the balance of power. What would come next is anyone’s guess.