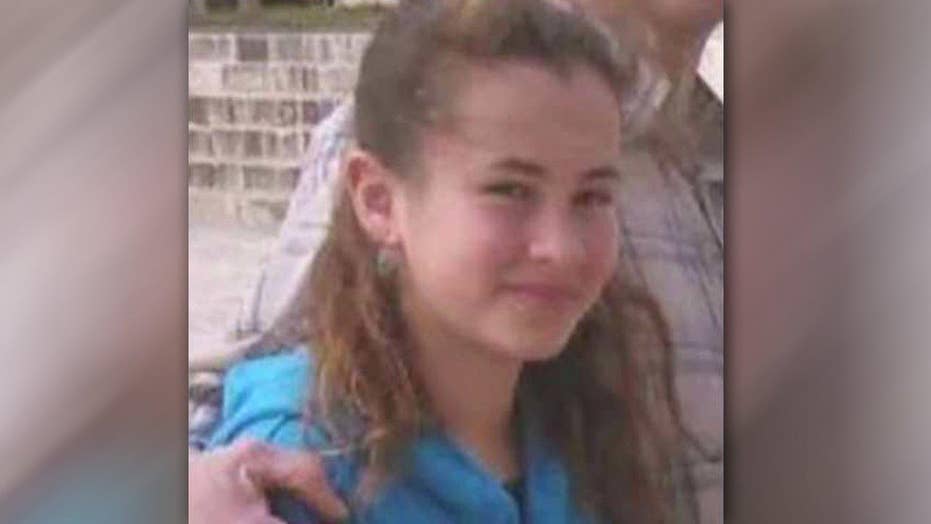 A 13-year-old Jewish girl who was stabbed to death in her bed by a Palestinian attacker on Thursday was an American citizen, the State Department said.

Hallel Yaffa Ariel was asleep in her home in a West Bank settlement when a 17-year-old assailant broke in to the house and killed her before he was shot by security guards.

"The horrifying murder of a young girl in her bed underscores the bloodlust and inhumanity of the incitement-driven terrorists that we are facing," Israeli Prime Minister Benjamin Netanyahu said after an emergency meeting with his defense minister. "The entire nation deeply identifies with the family's pain and declares to the murderers: you will not break us."

In Washington, the U.S. State Department condemned "in the strongest terms the outrageous terrorist attack."

"This brutal act of terrorism is simply unconscionable," spokesperson John Kirby said in the statement. "We extend our deepest condolences to her family. We also understand another individual who was responding to the attack was wounded by the attacker. We extend our hopes for a quick and full recovery."

The Israeli military sealed off the entrances to a nearby village, where the home of the attacker was located, and Netanyahu called on both the Palestinian leadership and the international community to condemn the brutal assault.

Ariel was a a cousin of Uri Ariel, a Cabinet minister from the Jewish Home, a party affiliated with the West Bank settler movement. The minister later said Israel would make "every effort" to build up settlements in the West Bank.

Photographs circulated by the Israeli government showed a pool of blood in a colorful children's bedroom in Kiryat Arba, a hard-line Jewish settlement located near the Palestinian city of Hebron, a focal point of the current wave of violence.

Since last September, Palestinians have carried out dozens of stabbing, shooting and vehicular ramming attacks that have killed 33 Israelis and two American tourists.

The assaults were once near-daily occurrences, but have become less frequent in recent months though they have not stopped altogether. On June 8, a pair of Palestinian gunmen killed four Israeli civilians in a popular Tel Aviv tourist district.

Israeli security forces have had a difficult time stopping the attackers, in large part because they have tended to be young "lone wolf" assailants, often in their teens or early 20s, acting on their own and not sent by organized militant groups.

Thursday's attacker seemed to fit that profile. The Palestinian Health Ministry identified him as Mohammed Tarayreh, 17, from the Bani Naim village near Kiryat Arba.

The military said it had closed the entrances of Bani Naim to all but humanitarian and medical cases. Troops arrived at Tarayreh's family home for investigation, the army said.

Netanyahu said Israel was revoking Israeli work permits for members of Tarayreh's extended family, and preparations were being made to demolish the family's home.

Residents of Kiryat Arba said Tarayreh had climbed over a fence surrounding the settlement and entered the community undetected. It was not immediately clear how he entered the home.

The military said private Israeli security guards at the settlement had fired at Tarayreh as he tried to flee the attack scene. One guard was stabbed before the assailant was killed, the army said. Emergency services' spokesman Yonatan Yagodovsky said the stabbed man was in serious condition.

Speaking to reporters at the Jerusalem hospital where her daughter died, Ariel's mother, Rina, said the girl was sleeping when the attacker slipped into her room and attacked her. She defiantly said the community would remain strong.

"Kiryat Arba is ours and it's still a place you can live in," she said.