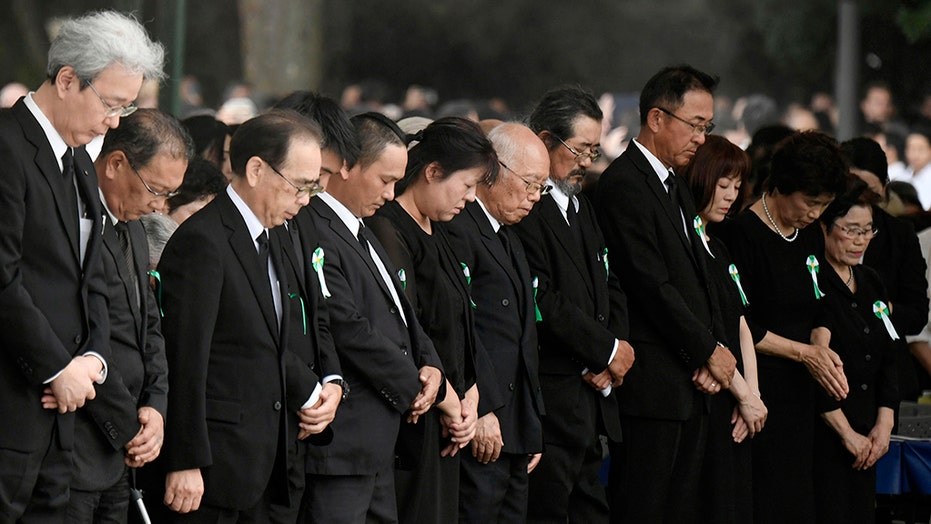 Police in Hiroshima arrested the mayor of a Japanese town north of Tokyo accused of assaulting a female bar employee early Wednesday morning, according to a report.

Satte Mayor Kunio Watanabe, 62, was in a bar alone at about 2:30 a.m. when he punched the 20-year-old woman, police allege according to Japan Today. Watanabe was in Hiroshima to take part in a ceremony commemorating the 74th anniversary of the day the U.S. dropped the nuclear bomb on the city during World War II.

People offer silent prayer during a ceremony to mark the 74th anniversary of the atomic bombing at the Hiroshima Peace Memorial Park in Hiroshima, western Japan Tuesday, Aug. 6, 2019. (Kyodo News via AP)

Japan Today reports Watanabe said he was drunk, didn't remember punching the employee and couldn't understand how he could have committed the assault.

Watanabe was elected mayor of Satte, which is less than 40 miles north of Tokyo, in 2011 and is serving his second term, according to Japan Today. Police said he and the woman didn't know each other.