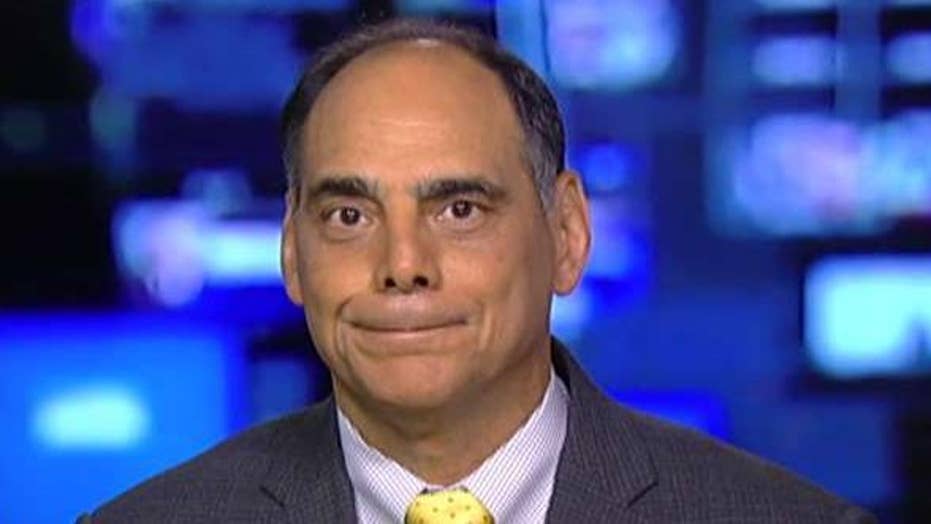 Iranian President Rouhani warns Iran plans to 'take the next step' to enrich uranium to weapons-grade level; reaction and analysis from James Carafano from the Heritage Foundation.

Iran revealed the "deep flaws" in its nuclear deal with the United States when it threatened to further enrich uranium as a response to heightened sanctions, James Carafano, a scholar at the Heritage Foundation, argued on Friday.

"One of the ultimate sins of the Iran deal was we let them have enrichment," Carafano said while appearing on "America's News HQ."

Carafano, a retired lieutenant colonel for the army, argued that if former President Obama's administration had taken enrichment off the table, "we wouldn't be where we are today."

Carafano's comments came as Iran threatened to bypass the enrichment cap set by Obama and get closer to the level needed to manufacture weapons. Former Obama officials have pointed the finger at Trump, arguing that his decision to leave the nuclear deal was the reason for heightened tensions in the region.

But, according to Carafano, the Obama administration's deal was insufficient.

"It really wasn't a break, it was just a push button," Carafano said. "And so if Iranians can essentially -- at the flip of a switch -- proceed back on a nuclear enrichment program and back on the path to the bomb, it really raises the question: well, what were the benefits of the Iran deal to begin with?"

Carafano predicted that Iran's strategy would fail given that Europeans seemed poised to further increase sanctions in an effort to force the rogue nation's hand on complying with limits in the nuclear deal.

While the administration has repeatedly threatened to use force in response to major provocations, Trump has maintained a willingness to talk with Iran's government.

On Wednesday, Trump made that threat even clearer, tweeting that the U.S. would "come back to bite you like nobody has been bitten back before."