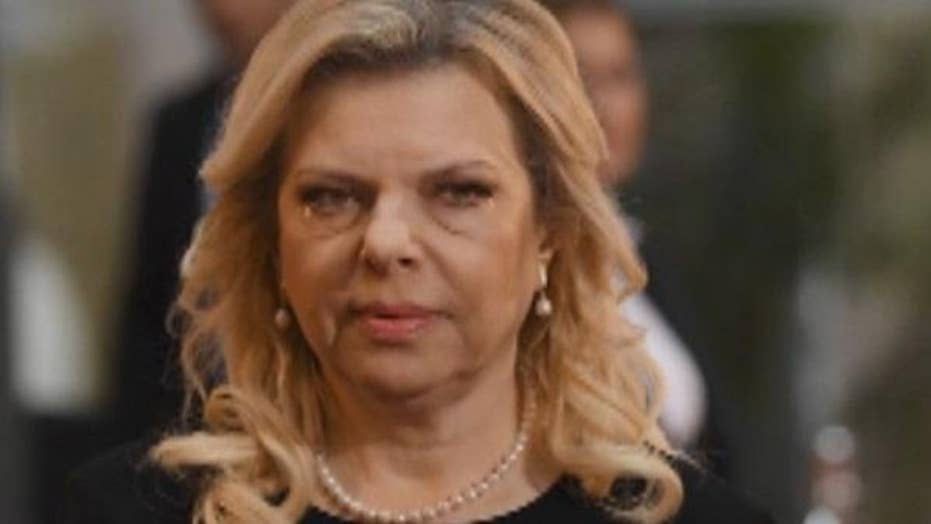 A look at some of the biggest charges against Israeli Prime Minister Benjamin Netanyahu’s wife, Sara Netanyahu. She’s not the only one under a microscope, however, her husband is facing multiple police investigations too

A former housekeeper at Israeli Prime Minister Benjamin Netanyahu's official residence is suing the leader's wife Sara for pain and suffering allegedly caused during her employment there, the housekeeper's attorney said Thursday.

Opheer Shimson says his client is demanding $190,000 in damages for the abuse from Sara Netanyahu. He said the woman, an immigrant from France in her mid-50s and a mother of five who wished to keep her identity secret, worked at the residence for five months until last November, when she was injured from a fall caused by what he described as Sara Netanyahu's tyrannical demands.

He said the woman, a staunch supporter of the prime minister, kept a diary detailing the verbal abuse she endured from his wife.

“She adores the prime minister and saw her work at his home as a form of national service,” Shimson told The Associated Press. “But she's been traumatized by her experience. Everyone knew what was going on there, and no one can say otherwise.”

Sara Netanyahu, the wife of Israeli Prime Minister, attends a ceremony marking the 50th anniversary of the 1967 Israeli-Arab War, in the Old City of Jerusalem on May 21, 2017. / AFP PHOTO / EPA POOL / ABIR SULTAN (Photo credit should read ABIR SULTAN/AFP via Getty Images)

Sara Netanyahu has been accused of abusive behavior toward her personal staff before. This, together with accusations of excessive spending and using public money on her own extravagant personal tastes, has earned her an image as the Israeli Imelda Marcos, the Philippines' former first lady who became infamous for her massive collection of designer shoes.

Last year, Sara Netanyahu was convicted of misusing state funds after she reached a plea bargain settling allegations that she overspent some $100,000 of state money on lavish meals. She'd previously been indicted for graft, fraud and breach of trust.

In 2016, a court ruled the prime minister's wife mistreated a housekeeper and awarded the man $42,000 in damages. Several other employees have accused her of abuse, mistreatment, and harassment. Another pending lawsuit alleges she forbade a former staffer to eat or drink on the job and required her to change her clothes dozens of times a day. The plaintiff, who is also seeking damages, says Sara Netanyahu also required her to wash her hands dozens of times a day and dry them with a towel separate from the one used by the Netanyahu family,

The Netanyahus have angrily rejected all the charges, calling them part of a media-orchestrated campaign against the family to oust them from power.

Benjamin Netanyahu: Just as Israel has the right of self-defense, the US has exactly the same right

Israel heads to the polls next week for its third election in less than a year. Two weeks later, Benjamin Netanyahu goes on trial for charges of bribery, fraud, and breach of trust stemming from accusations he accepted lavish gifts from billionaire friends and promised to promote advantageous legislation for a major newspaper in exchange for favorable coverage.

The latest allegations against Sara Netanyahu include details on a bevy of berating comments she unleashed on those who worked for her. Shimson said the personal diary would be presented in court as evidence.

“Enough, save me, I want to die, the problem is that I don’t have any choice and everyone knows that,” reads one of his client's entries, which was first published on Israel's Channel 12 news. ”It’s impossible to live every day with a psychopath. I’m dying to leave before it’s too late.”

In another entry, she said Sara Netanyahu screamed at her for forgetting to throw out the garbage, called her stupid and dirty and demanded she take a shower. The woman wrote that Sara Netanyahu accused her of trying to cause friction with the prime minister.

“She said to me: ‘What do you want? For me to be like you, divorced?’” she wrote. "Even the prime minister told her to stop. She was in a trance. In the afternoon she had a fit, lay down on the ground, screamed and screamed like a lunatic, and shook with rage. She rolled around on the floor, and said that all of that was because of me.”

The ruling Likud Party denounced the TV report about the lawsuit as a “cruel, false, recycled and gossipy piece that was timed for release on the eve of elections and whose purpose was to harm the Likud."