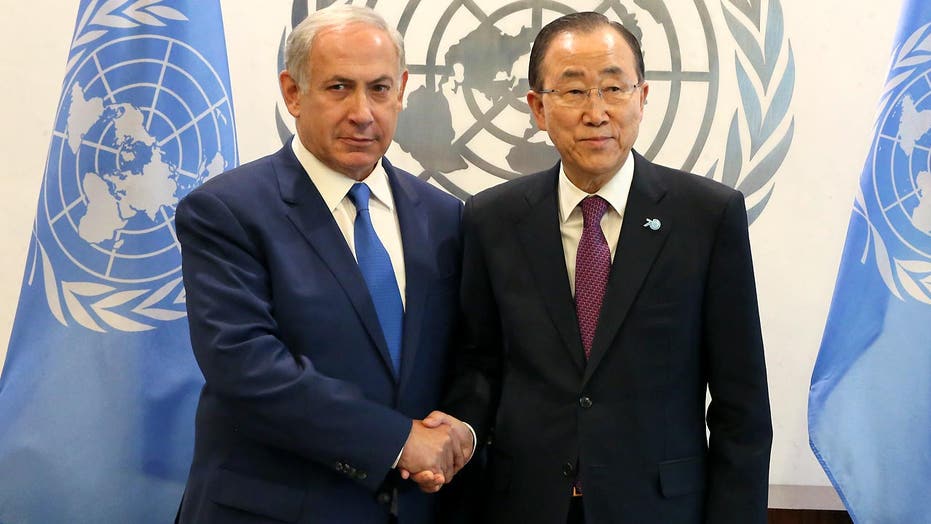 Did the UN General Assembly 'get' Netanyahu's scolding?

He also criticized other countries for failing to decry vows from Iranian officials to destroy Israel, accusing those nations of engaging in "deafening silence." To illustrate his point, he then stood silent at the podium for nearly 45 seconds.

Speaking on the lifting of sanctions against Iran, Netanyahu asked, “does anyone seriously believe that flooding a radical theocracy with weapons and cash will curb its appetite for aggression?” He added, "when bad behavior is rewarded it only gets worse.”

The prime minister urged the UN to stand by Israel against the threat of a nuclear Iran and warned of the international risk Tehran poses.

The prime minister’s statements come hours after Fox News confirmed more Iranian troops have arrived in Syria for a ground campaign to support Russian airstrikes. The officials could not disclose the size of this new Iranian force due to the sensitivity of the information.

These Iranian forces are under the command of Maj. Gen. Qasem Soleimani, the Quds Force commander in charge of the Iranian Revolutionary Guard’s international operations, which runs several proxy forces throughout the Middle East, including Syria, Iraq, Yemen and Lebanon.

Netanyahu’s speech also criticized the Syrian regime for helping fuel the European refugee crisis by creating an environment of terror. According to the European Union, nearly 500,000 migrants and refugees have fled to Europe this year.

In addition, the prime minister reiterated his commitment to finding a diplomatic solution with Palestinians, but claims President Mahmoud Abbas declined his most recent offer this week to resume peace negotiations. Tensions between Israelis and Palestinians have flared in recent weeks over Israel’s controversial settlements in the West Bank.