Israel's ambassador to the United Nations said Tuesday that the Iranians are "panicking" in the face of increased sanctions, dismissing the newest rhetoric coming from the regime.

A spokesman for Iran’s Foreign Ministry said in a tweet Tuesday that new U.S. sanctions that target Supreme Leader Ayatollah Ali Khamenei and other Iranian officials permanently end any chance of diplomacy between the countries.

Amb. Danny Danon said on "America's Newsroom" that the situation is far from the "end of diplomacy," as Tehran claims, arguing that the opposite is true.

"The Iranians are panicking and they are threatening that they will close the door for diplomacy because of the sanctions. I think the reality is exactly the opposite. The more sanctions you put on them, the better chance you have to bring them back to the negotiating room," said Danon. 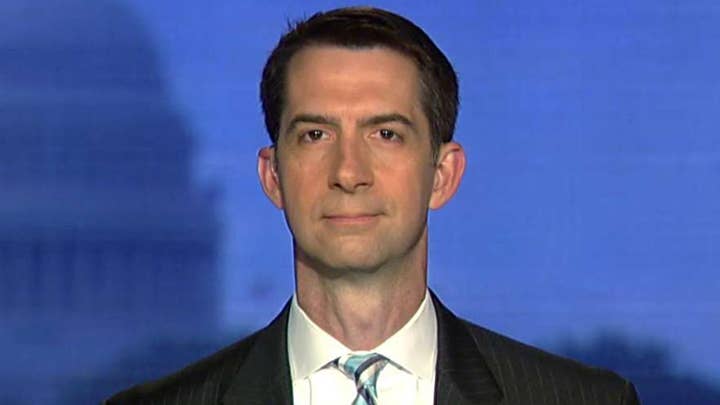 The comment from Iran's foreign ministry spokesman was followed by Iranian President Hassan Rouhani, who mocked the White House in a live address and said it is "afflicted by mental retardation."

Targeted retaliatory strikes were set to hit Iranian targets last Thursday, but President Trump called them off due to concern over the number of casualties it could have caused.

Trump warned Iran on Twitter Tuesday, emphasizing that any attack on Americans "will be met with great and overwhelming force."

Danon emphasized that effective sanctions led Iran to the negotiating table in 2013 during the Obama administration. He said the result was a "bad deal" on Iran's nuclear program in 2015, but it proved that the Iranians will negotiate when faced with tough sanctions.

"Now the president applied sanctions on the leadership of the Iranians and they don't like it at all," he said, adding Israel will cooperate with the U.S. and others in the region to counter "aggression" from Iran.