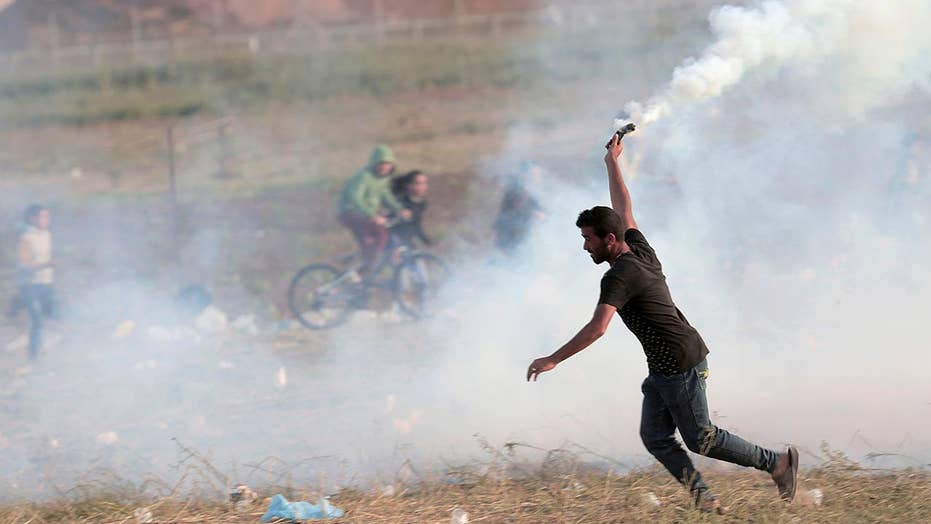 Israeli military beefs up border security ahead of protests

JERUSALEM – Health officials in the Gaza Strip say a Palestinian man was killed in an Israeli airstrike near the Gaza-Israel border.

The Israeli military says its aircraft targeted an "armed terrorist adjacent to the security fence" in the northern part of the coastal territory on Thursday. The Gaza Health Ministry confirmed the man's death but did not immediately release his identity.

Also, a Palestinian wounded in the mass protest along the border last week died of his wounds on Thursday.

The two fatalities raise the number of Palestinians killed by Israeli fire in Gaza since last Friday to 21.

The Israeli military is on high alert as more mass demonstrations are expected along the border on Friday.