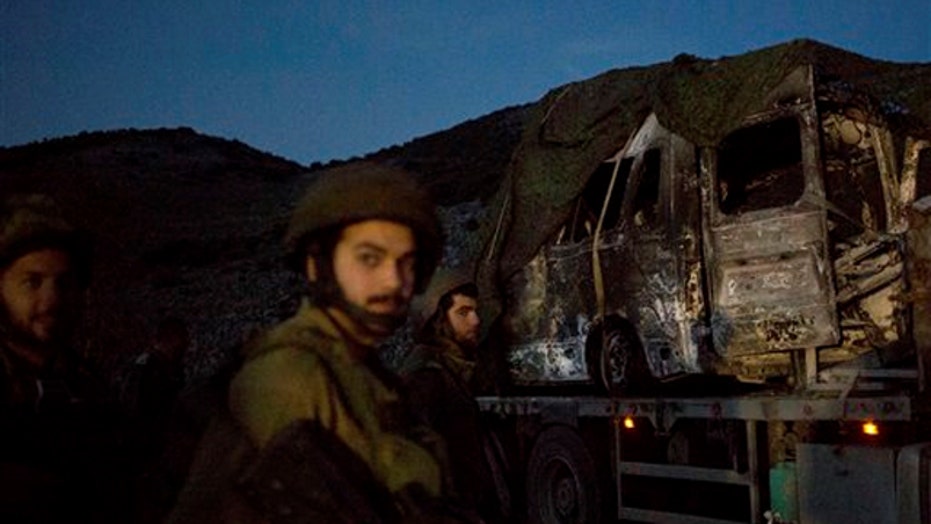 Two soldiers were killed in the attack

Israel's military says two of its soldiers were killed and another seven were wounded in a Hezbollah strike Wednesday on an army convoy near the Lebanese border.

Israel's military responded to the anti-tank missile strike on the convoy with aerial and ground attacks on Hezbollah positions in Lebanon. Lebanese security officials told the Associated Press that Israel fired 25 shells across the border. The Israeli Defense Forces said that residents of the area had been ordered to remain in their homes.

The Lebanese terror group Hezbollah earlier claimed responsibility for the attack and said it destroyed a number of Israeli vehicles. A Spanish U.N. peacekeeper was also killed in the clash.

A statement from Hezbollah also said that the attack was carried out by a group calling itself the "heroic martyrs of Quneitra," -- suggesting it was retaliation for an Israeli airstrike on the Golan Heights on Jan. 18 that killed six-Hezbollah fighters.

Wednesday's attack took place near Mount Dov and Shebaa Farms, a disputed tract of land where the borders of Israel, Lebanon and Syria meet. Lebanese officials said the shelling targeted the border villages of Majidiyeh, Abbasiyeh and Kfar Chouba near the Shebaa Farms area.

The border region has been tense since an airstrike last week in Syria attributed to Israel killed six members of the Lebanese militant group Hezbollah and an Iranian general.

Israel has declined to comment on any connection to the airstrike, but has braced for a response by beefing up its air defenses and increasing surveillance along its northern frontier.

Israel says the enclave is part of the Golan Heights, which it captured from Syria in 1967. Lebanon and Syria say Shebaa Farms belong to Lebanon, while the United Nations says the area is part of Syria and that Damascus and Israel should negotiate its fate.