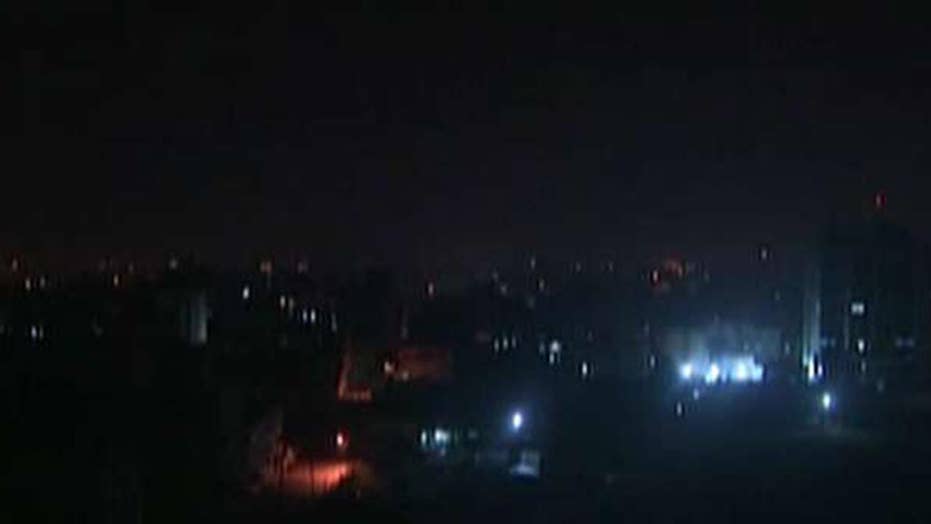 The Israeli military early Friday announced it had launched airstrikes on “terror sites in Gaza,” a retaliatory move after rockets blamed on the militant group Hamas were fired on Tel Aviv.

The strikes were occurring in Khan Younis, roughly 15 miles south of Gaza City, according to The Associated Press. There were no immediate reports of injuries.

A Hamas naval base was targeted, the outlet reported, citing Palestinian media.

After their initial post, the military tweeted a "rocket alert," explaining that sirens were triggered in the Eshkol Regional Council.

The military later said they confirmed "the rockets fired from #Gaza at #TelAviv earlier tonight were launched by the Hamas terrorist organization."

Earlier, Hamas and many smaller Palestinian groups strongly denied responsibility, according to The Associated Press.

The IDF also announced that the military's aerials defense system managed to successfully intercept one of the two rockets launched from Gaza to Israel.

Israeli media initially reported that one of the rockets was intercepted by the country's Iron Dome missile defense system. However, the IDF later said neither of the rockets was, adding that they landed in the sea or on open land.

People living in the area reported hearing an explosion in addition to the sirens. It was not clear what caused that explosion. No damage or casualties were reported. 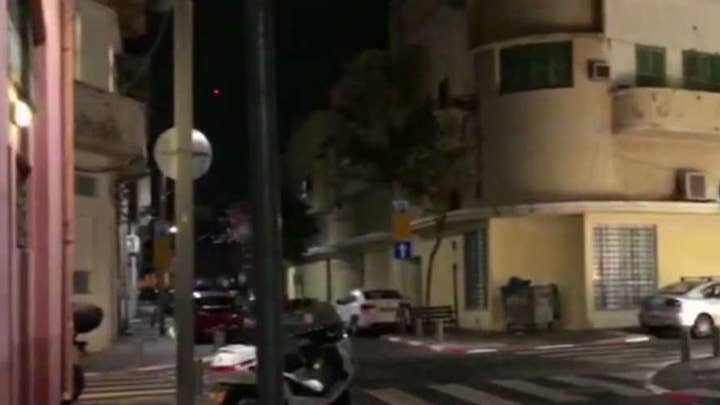 There was no early warning about the attack and officials were working to figure out who fired the rockets, Brig. Gen. Ronen Manelis, the Israeli army's chief spokesman, said.

There was no immediate claim of responsibility.

Fox News Samuel Chamberlain and The Associated Press contributed to this report.