The Israeli military carried out a late-night attack on targets inside Syria Saturday in what it described as a successful effort to thwart a "very imminent" Iranian drone strike.

The airstrike appeared to be one of the most intense efforts by Israeli forces to tamp down Tehran's military action in the Damascus area and triggered anti-aircraft fire by Syrian forces.

Lt. Col. Jonathan Conricus, a military spokesman, told The Associated Press that Israeli officials had been monitoring a plot for several months in which they believed Iran’s Revolutionary Guards’ Al Quds force, in conjunction with allied Shiite militias, had been planning to send explosives-laden attack drones into Israel.

US CONFIRMS ISRAEL BEHIND IRAQ AIR STRIKE AGAINST IRANIAN BASE

The Iranians initially attempted to put the plan into motion on Thursday but were stopped by Israeli forces, Conricus said. The plan was tried again late Saturday, prompting the airstrike.

“We were able to thwart this attack with fighter jets,” Conricus said, adding that military forces near the Syrian frontier were on high alert. 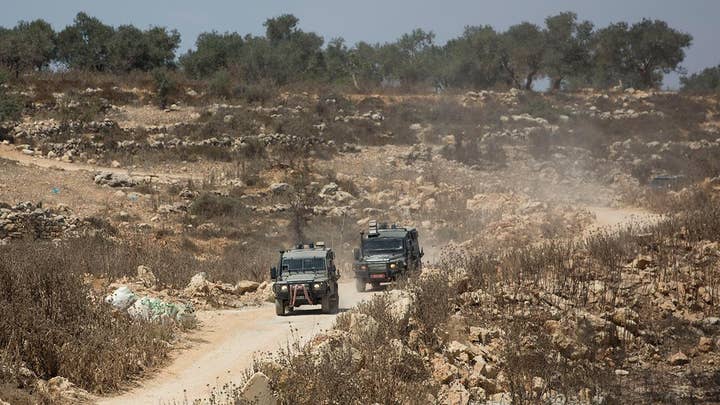 “This was a significant plan with significant capabilities that had been planned for a few months,” Conricus said. “It was not something done on a low level, but rather top-down from the Quds Force.”

Israeli Prime Minister Benjamin Netanyahu confirmed the airstrike on Twitter and issued this warning to Israel's enemies in Iran: "Iran has no immunity anywhere. Our forces operate in every sector against the Iranian aggression. 'If someone rises up to kill you, kill him first.'"

Netanyahu also said that he has "directed that our forces be prepared for any scenario. We will continue to take determined and responsible action against Iran and its proxies for the security of Israel."

Israel has acknowledged carrying out hundreds of airstrikes in Syria in recent years, most of them aimed at arms shipments believed to be headed from Iran to its Shiite proxy Hezbollah. Direct clashes between Israel and Iranian forces have been rare. In recent days, U.S. officials have said that Israeli strikes have also hit Iranian targets in Iraq.

Syrian state TV announced late Saturday that the country's air defenses had responded to "hostile" targets over Damascus and shot down incoming missiles before they reached their targets.

State TV did not give further details about the Israeli attack.