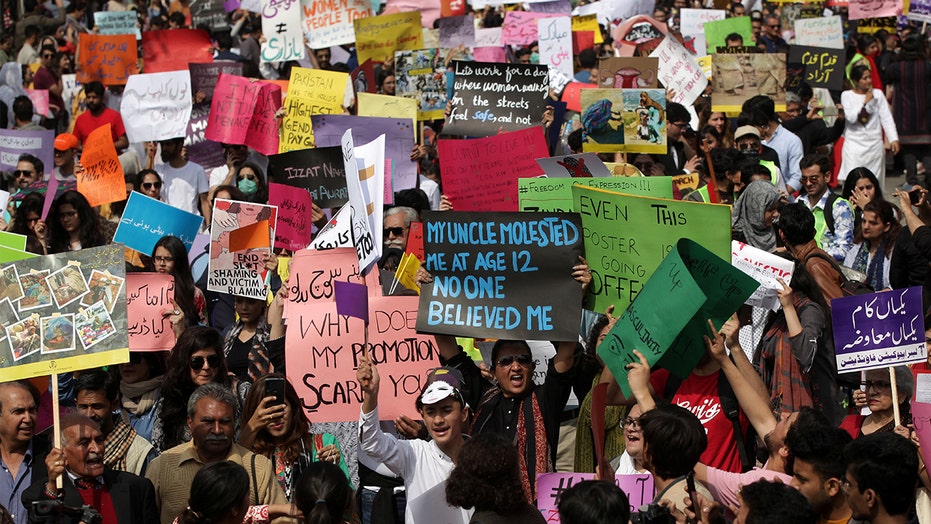 The event, joined by both men and women in Islamabad, was one of dozens held around the world to commemorate the cultural and political achievements of women.

Women and men carry signs as they take part in an Aurat March, or Women's March in Lahore, Pakistan March 8, 2020. REUTERS/Mohsin Raza - RC2QFF9VF0E2

Authorities held off the Islamists as they tried to attack the Women’s Day marchers, police official Mazhar Niazi said.

Some allegedly threw stones, bricks, sticks, and shoes at the marchers. Niazi said no arrests were made, but a criminal case is pending for those who violated the law.

Rallies were held in other cities in Pakistan, despite petitions filed in court seeking to stop them. The opposition was stirred in part by controversy over the slogan, "My Body, My Choice," used in last year’s march.

The rallies are notable in countries like Pakistan where women often do not feel safe in public places because of open harassment. Organizers of last year’s event said they faced murder and rape threats, Reuters reported.

“You know, whatever they do, they can’t scare us,” Anam Rathore, one of the organizers, told Reuters. “Their scare tactics aren’t going to work on us.”