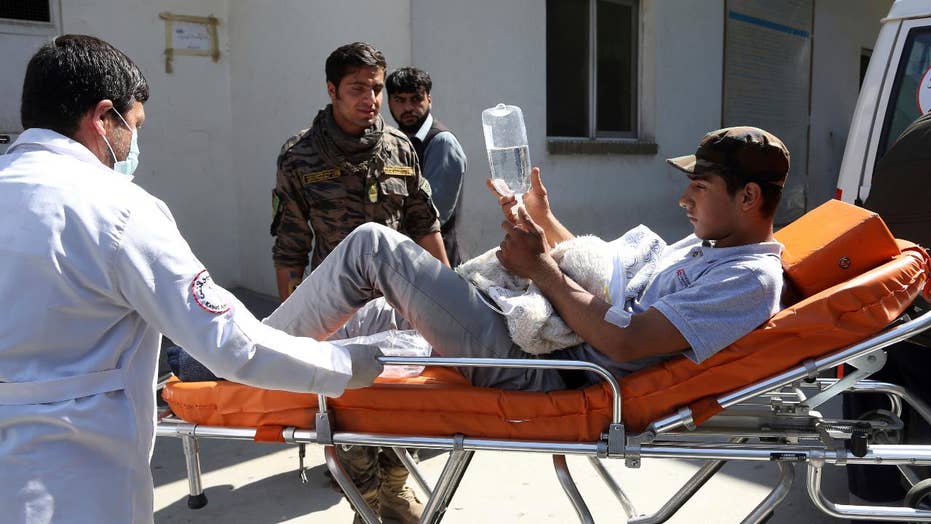 At least 29 killed in suicide bomb attack in Kabul

Wahid Majro, spokesman for The Public Health Ministry, said 65 others were wounded in the attack, which was carried out by a bomber on foot.

ISIS claimed responsibility in an online statement, according to the SITE Intelligence Group, which monitors jihadi websites. The group said the attack targeted "a gathering of Shiites celebrating Nowruz."

The Persian new year, known in Afghanistan as Nowruz, is a national holiday, and the country's minority Shiites typically celebrate by visiting shrines. The Sunni extremists of ISIS have repeatedly targeted Shiites, who they view as apostates deserving of death.

An Afghan woman seeks for her relative at the site of a suicide in Kabul. (REUTERS)

The attack took place near Kabul University and a government hospital, around one kilometer (mile) away from the Sakhi shrine, where people were gathered to celebrate the new year, said Gen. Daud Amin, Kabul's police chief.

Daud said the attacker managed to slip past police checkpoints set up along the road. He said an investigation into the security breach is underway, and that anyone found to have neglected his duties would be punished.

Earlier this month another Islamic State suicide bomber targeted Afghanistan's ethnic Hazaras, killing nine people and wounding 18 others. The bomber blew himself up at a police checkpoint near a gathering of the minority Shiites in western Kabul. The bomber was on foot and was trying to make his way to a compound where the Hazaras had gathered to commemorate the 1995 death of their leader, Abdul Ali Mazari, who was killed by the Taliban.

Kabul has recently seen a spate of large-scale militant attacks by both the Taliban and the Islamic State group. In late January, a Taliban attacker drove an ambulance filled with explosives into the heart of the city, killing at least 103 people and wounding as many as 235.

Afghan President Ashraf Ghani in a statement condemned Wednesday's attack, calling it a "crime against humanity."

An Afghan man inspects the site of a suicide attack in Kabul. (REUTERS)

U.S. Ambassador to Afghanistan John R. Bass said he was saddened by the "shameful" attack.

"I continue to hope that every citizen of Afghanistan soon will be able to live in peace, without fear of indiscriminate attacks by terrorists who have no respect for human life," he said in a statement. "The United States and its people remain steadfast in their commitment to working with our Afghan partners to combat terrorism and to secure peace in the year ahead. "

U.N. Secretary-General Antonio Guterres also condemned the attack, calling Nowruz "a time of renewal and celebration" when the values of peace and solidarity should be promoted, U.N. spokesman Stephane Dujarric said, adding "those who have organized this attack must be brought to justice."

Despite the attack and loss of lives, people including women and children later came out on the streets, many wearing colorful clothes, and continued to celebrate the holiday.