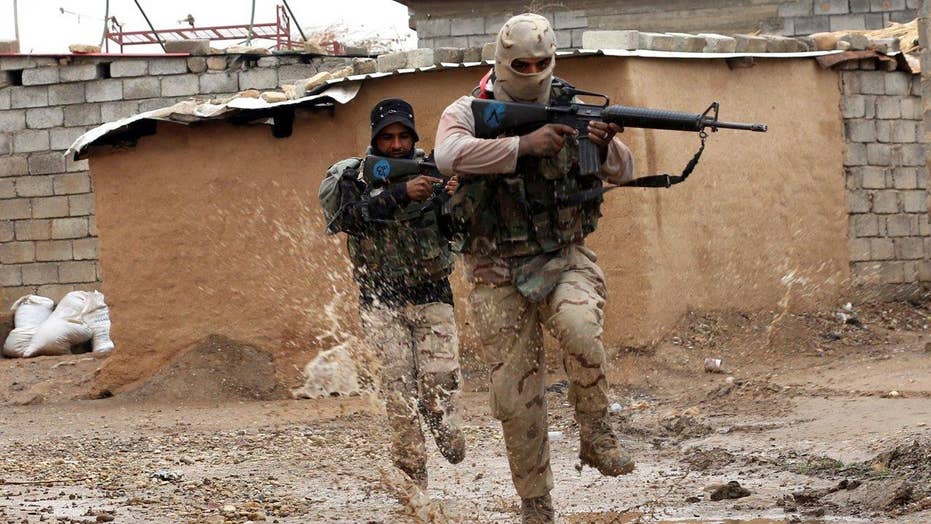 One official said IS militants breached the defenses of Shiite militiamen at a village west of the northern Iraqi town of Tal Afar. Reached by telephone near Tal Afar, he said the attack on the village of Sharea took place Friday night. Fighting continued into Saturday, he added, without giving details.

IS fighters seized from the militiamen nine all-terrain vehicles fitted with machine guns, two Humvees, weapons and munitions, according to the statement.

In the second attack, the militants targeted a Sunni tribal militia deployed in the town of Shirqat south of Mosul on Friday night, according to an official from the militia. He gave no details and IS had no immediate word on the attack.

Both officials spoke on condition of anonymity because they were not authorized to brief the media.

Bad weather persisted in northern Iraq on Saturday, with thick fog, rain and a dust storm. Such conditions normally reduce to a minimum air activity by the Iraqi military or the allied U.S.-led coalition.

The Shiite militias last month seized the airstrip just outside Tal Afar, but no attack has yet been launched to retake the city itself. Both Tal Afar and Mosul were captured by IS in 2014 as part of a blitz by the extremist group that gave them control over large swaths of territory in northern and western Iraq.

The Iraqi government in October launched a massive campaign to retake Mosul, the country's second-largest city and the last major urban center still held by IS in Iraq.