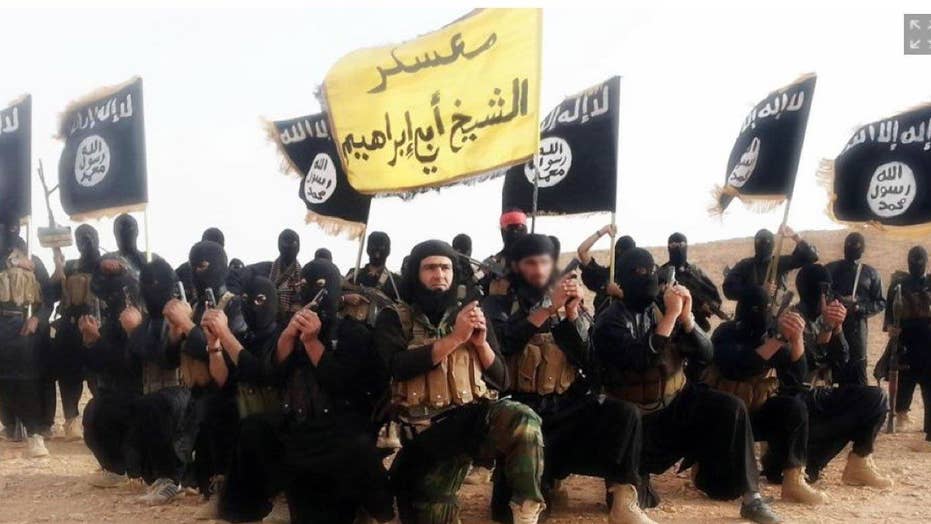 Why are Democrats avoiding the ISIS issue?

In the new edition of its full-color, glossy magazine, ISIS mocks those who claim Islam is a peaceful religion, and even wades into the controversy surrounding Donald Trump and the parents of a dead Muslim U.S. soldier.

The 15th issue of Dabiq, published on July 31, is titled “Break The Cross” and appears to be primarily directed at those that ISIS considers its enemies, particularly Christians. One section is devoted to the words and actions of Pope Francis and is headlined “In The Words Of Our Enemies.” An editorial titled “Why We Hate You and Why We Fight You” takes aim at Westerners and “apostate ‘Imams’ in the West” who refuse to define ISIS’ motivation as being Islamic. ISIS calls this rhetoric purely political.

The new issue of ISIS' magazine is called "Break The Cross." (MEMRI)

“Many Westerners, however, are already aware that claiming the attacks of the mujahidin to be senseless and questioning incessantly as to why we hate the West and why we fight them is nothing more than a political act and a propaganda tool,” the article says. “The politicians will say it regardless of how much it stands in opposition to facts and common sense just to garner as many votes as they can for the next election cycle.”

The argument echoes a current debate in the U.S. between some on the right who have been vocal about challenging high-ranking left-leaning politicians to specifically label the ISIS threat as “radical Islamic terror.” President Obama has said on multiple occasions that he has refused to use the term in an effort to avoid lending religious legitimacy to the terror group.

The ISIS author of the “Why We Hate You” piece aims to settle the argument, and “clarify” in “unequivocal terms” that ISIS is Islamic. The author says that those on the “social fringe” who identify Islam with ISIS are correct.

The magazine featured a section called "Why We Hate You." (MEMRI)

“There are exceptions among the disbelievers, no doubt, people who will unabashedly declare that jihad and the laws of the Shari’ah – as well as everything else deemed taboo by the Islam-is-a-peaceful-religion crowd – are in fact completely Islamic, but they tend to be people with far less credibility who are painted as a social fringe, so their voices are dismissed and a large segment of the ignorant masses continues believing the false narrative,” the article says.

Showing just how quickly the magazine was produced – and how intently members of ISIS watch U.S. politics – an image in the publication shows the grave of Capt. Humayun Khan, who was killed in Iraq in 2004. Khan’s parents rebuked Republican presidential nominee Donald Trump during a speech at the Democratic National Convention last week, prompting Trump, in turn, to criticize their “right” to censure him in front of a national audience. Adding its own voice to the debate, ISIS declares in a caption below Khan’s grave that the soldier is an “apostate” of the Muslim religion and urges other Muslims to “beware” a similar fate.