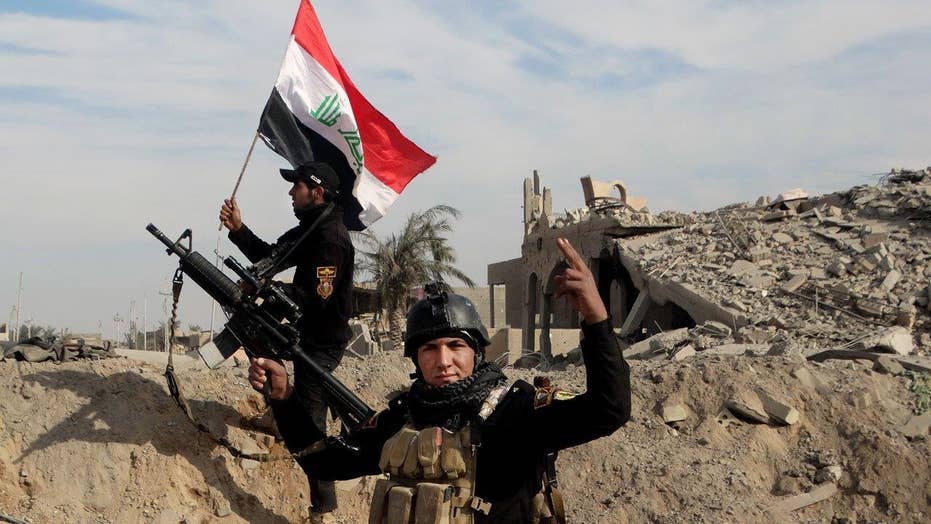 How reclaiming Ramadi changes the fight against ISIS

BAGHDAD – Islamic State group militants continue to launch a series of counterattacks against Iraqi government forces on the edges of the western city of Ramadi days after the militant group was driven out of the city center, according to the U.S.-led coalition.

"The majority of these are outside downtown Ramadi to the north and east," and so far Iraqi government forces have successfully repelled every attack, said Baghdad-based coalition spokesman Col. Steve Warren.

Al-Belawi says there were casualties among the government troops, but did not provide a specific figure. He says the troops repelled the attacks and did not lose territory.

Iraqi officials say gains in Ramadi lay the groundwork for an eventual assault on Mosul, Iraq's second largest city that fell to IS in June of 2014.

Ramadi, the provincial capital of the sprawling Anbar province, fell to IS in May, marking a major setback for U.S.-backed Iraqi forces. Iraqi troops retook the city center on Monday with heavy coalition air support, but insurgents are still holed up in parts of the city.