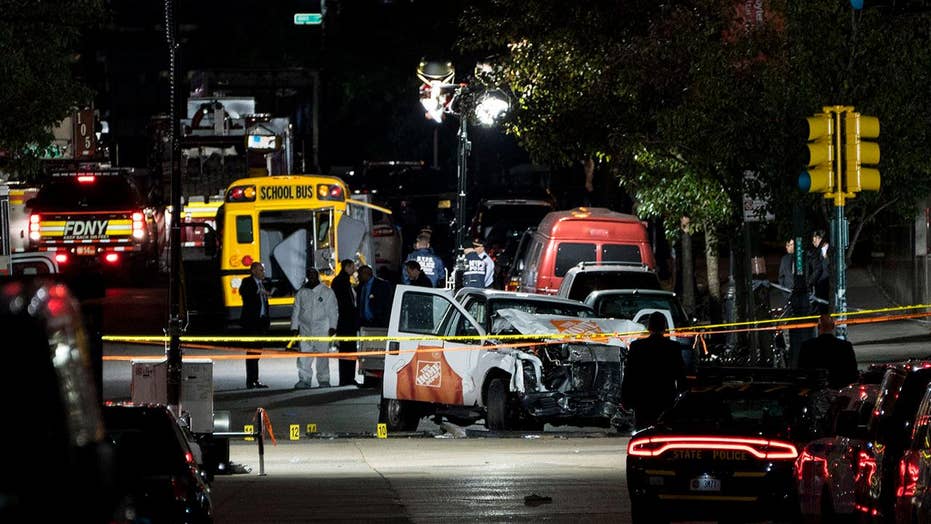 “(T)he attacker is one of the caliphate soldiers," the group reportedly declared.

Eight people were killed and a dozen were injured Tuesday near the World Trade Center in Lower Manhattan when 29-year-old Uzbek immigrant Sayfullo Saipov drove a rented truck into people walking and cycling on a bike path, federal authorities said.

In recent weeks, Saipov searched the internet for information on Halloween in New York City and for truck rentals, the agent said.

Saipov even rented a truck Oct. 22 to practice making turns, and he initially hoped to get from the bike path across Lower Manhattan to hit more pedestrians on the Brooklyn Bridge, the FBI said.

He even considered displaying ISIS flags on the truck during the attack but decided against it because he did not want to draw attention prior to the attack, authorities said.

Authorities have charged Saipov with providing support to a terrorist organization, alleging the Islamic State group inspired him to carry out the attack.

"In court papers, federal authorities said that Sayfullo Saipov told the FBI that he began planning his attack a year ago, though he settled on using a truck as a weapon only two months prior," the Washington Post reported.