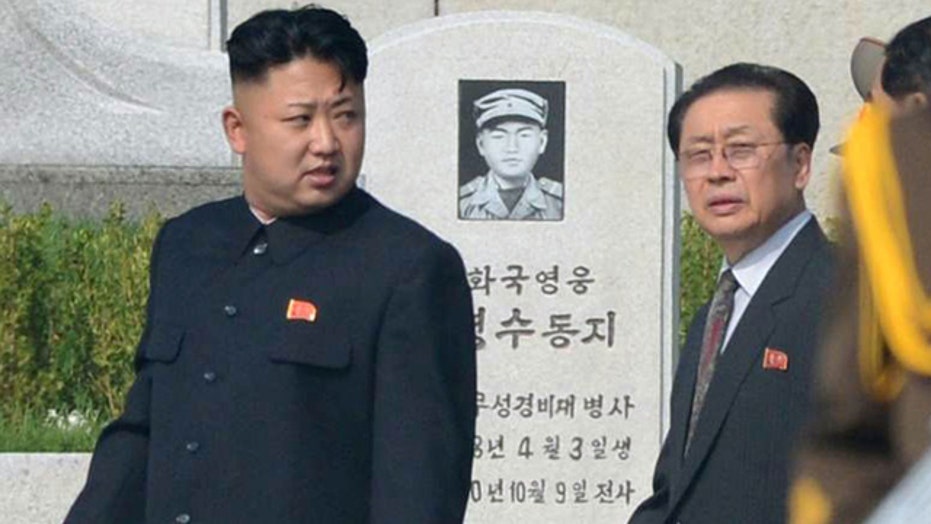 Is trouble brewing in North Korea?

Analysts say Jang’s death shows North Korea is unstable, and many are asking the question, what’s next for the hermit kingdom?

“We’re in uncharted territory, this has never happened before,” Asia expert Robert Manning told Foxnews.com. “There is something going on that we haven’t seen before.”

In an interview with Fox News National Security Analyst KT McFarland, Manning said Kim is trying to send a message to his country and world leaders.

“He’s [Kim] in charge, don’t mess with me and there is an air of fear in Pyongyang,” said Manning. “We’re in a much more dangerous period now.”

Manning, a senior fellow at the Atlantic Council, says evidence shows Kim might have felt threatened by Jang.

“When his father [Kim Jong Il] had a stroke a few years ago, Jang Song Thaek was pretty much running the country for about a year …. he accumulated a lot of power and what we’ve seen from Kim Jong Un … a number of senior generals have disappeared and party officials,” said Manning.

He added, “this is a bold move to try and consolidate power … there might be some power struggles going on in North Korea.”

China is increasingly concerned over Kim’s leadership and what he stands to do next.

“The Chinese are extremely nervous now, Jang was kind of their guy, their number one business partner and someone who was believed to be favoring kind of a gradual move to Chinese-type economic reforms,” said Manning.

“We’re quite likely to see some external things going on that we don’t like – a fourth nuclear test is a possibility, another intercontinental ballistic missile test … probably more likely some naval provocation … with South Korea,” said Manning.