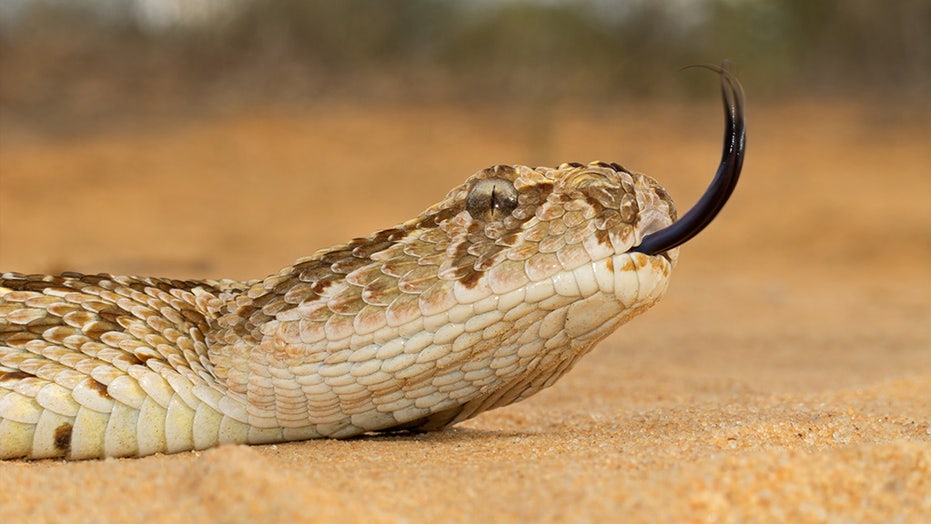 Legend has it that St. Patrick drove all of the snakes out of Ireland and into the sea using the power of his faith.

A Dublin man is hoping for some of that power for himself after he reportedly fell victim of a venomous snakebite – believed to be the first time such an event has been recorded in Ireland.

The 22-year-old, who owned a venomous puff adder, was treated with anti-venom in Connolly Hospital, the Irish Post reported last month.

Most commonly found in Morocco and Western Arabia, the puff adder is known to cause the most snakebite fatalities in Africa. Their average size is about 40 inches in total length and very stout. (istock)

“Puff adder venom is pretty nasty,” James Hennessy, director of the National Reptile Zoo, told Newstalk after doctors treated the victim. “It’s going to start digesting and disintegrating all around the area of the bite, and that will continue up the limb as well.”

He added: “It will then cause massive internal issues as well, if not treated.”

The anti-venom was imported from the Liverpool School of Tropical Medicine in the U.K., DublinLive reported.

Most commonly found in Morocco and Western Arabia, the puff adder is known to cause the most snakebite fatalities in Africa. Their average size is about 40 inches in total length and very stout.

Hennessy said he believes this incident is “the first recorded venomous snakebite in Ireland.”

While St. Patrick is said to have rid Ireland of snakes, a historian with the National Museum of Ireland in Dublin told National Geographic: “At no time has there ever been any suggestion of snakes in Ireland.” The Ice Age is believed to be what actually kept the slithering reptiles out of Ireland.