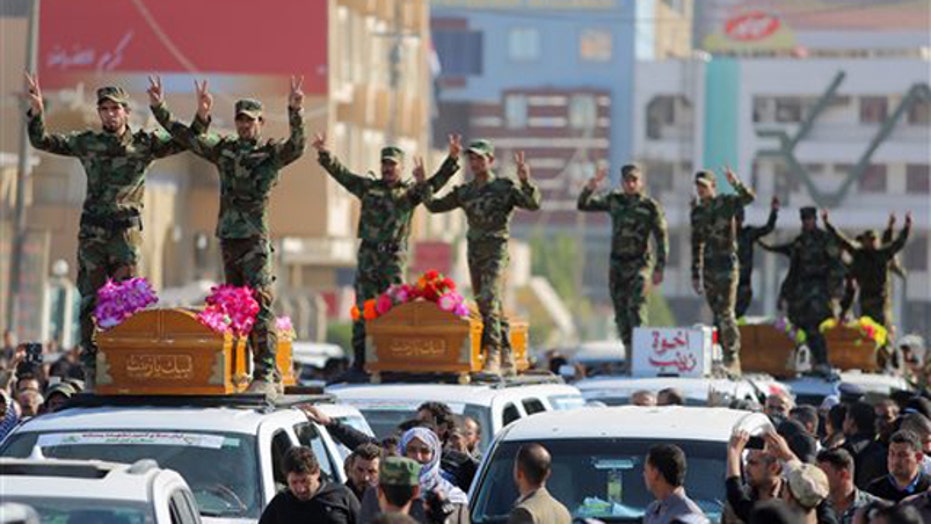 Update on the battle to retake Tikrit

BAGHDAD – An Iraqi provincial governor says Iraqi forces are pushing their offensive against the Islamic State group and expect to reach the outskirts of the militant-held city of Tikrit soon.

The battle to wrest Tikrit — Saddam Hussein's hometown — from IS is a major test for the Iraqi forces and allied Shiite militias.

The governor of Salahuddin, Raed al-Jabouri, says that fighters expect to reach Tikrit later Friday. He told The Associated Press the Iraqi forces still have not made it to the Tikrit airport as some reports have suggested.

Tikrit, 130 kilometers (80 miles) north of Baghdad, has been under the control of the Islamic State group since June, when the Sunni militants made a lightning advance across northern Iraq prompting security forces to flee and abandon their weapons.