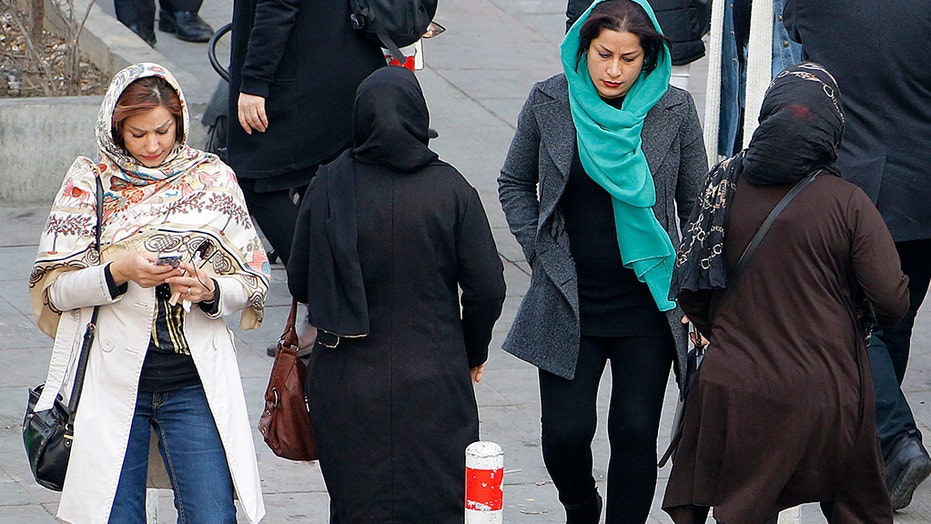 Students at Tehran University demonstrated on Monday against the Iranian institution’s policy of coercing women to wear hijabs.

The headscarf - or hijab - is required in public for all women in Iran. Those who violate the rules are usually sentenced to two months in prison or less and fined around $25.

The Center for Human Rights in Iran, or CHR, said on its website that the catalyst for the protest was the university’s deployment of “female agents” on campus to enforce the “Hijab and Chastity Program.”

CHR said that the agents, also referred to as “morality police,” are volunteers who operate under the auspices of Iran’s military Islamic Revolutionary Guard Corps, and that “its members are often seen harassing and beating people at public places.”

The protesters, who included men as well as women, briefly scuffled with another group of Tehran University students who support the country’s conservative dress code.

“Forcing and compelling a certain kind of clothing on students is a flagrant affront against their privacy, a blatant violation of their human rights, and an outright injustice toward female students,” the National Council of Student Guilds said in a statement that CHR published.

“Such confrontations will only cause tension on campus and shut the doors of reason at a time when universities need to be a place of calm and coexistence among everyone with different ideologies and lifestyles,” added the statement.

The Islamic Republic News Service, or ISNA, said that a university official unsuccessfully tried to address the anti-hijab protesters.

Tehran University Vice President Majid Sarsangi said that there were no agents on campus looking to enforce the wearing of hijabs.

One student, Majid Dorri, tweeted that the agents physically assaulted the protesters, keeping them from reading a statement against forcing the wearing of the hijab.

PATRICK SHANAHAN: ECONOMIC SANCTIONS HAVING A 'SIGNIFICANT EFFECT' ON IRAN

“You had to see the frustration on the faces of those who disrupted the gathering,” tweeted Dorri, whose post was translated on the CHR website, “and hear the sound of solidarity among the students in the university which is, and has always been, louder than dictatorship.”

Human Rights Watch says that Iranian authorities have prosecuted at least half a dozen activists who engaged in peaceful opposition to mandatory hijab laws.

One activist, Vida Mohavedi, was sentenced to a year in prison for removing her hijab in protest, HRW noted.

HRW, like many other organizations that opposed mandatory hijab laws, said that it is not opposed to the head covering, but to laws that force people to dress a certain way.

"Human Rights Watch has opposed France’s blanket ban on full-face veils, as well as the ban on Islamic headscarves and other visible religious symbols in state schools, as a violation of human rights," the organization's website says.

“It is time for Iranian authorities to recognize that women in Iran and elsewhere are free to dress as they please,” said Lama Fakih, deputy Middle East director at Human Rights Watch. “This includes deciding whether to wear a headscarf or not, no matter what those in power think.”