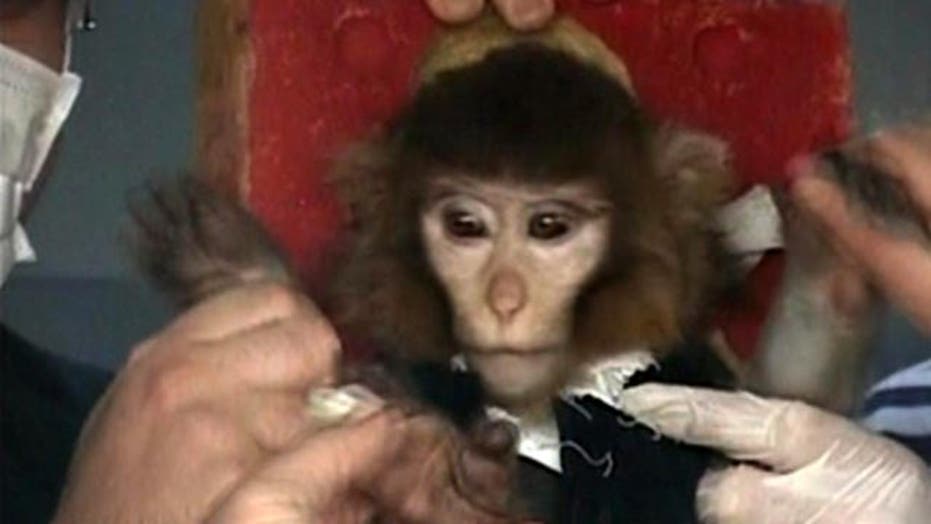 TEHRAN, Iran – Iran said Monday it has successfully sent a monkey into space, describing the launch as another step toward Tehran's goal of a manned space flight.

According to a brief report on state TV, the rocket dubbed Pishgam, or Pioneer in Farsi, reached a height of 72 miles. The report gave no other details on the timing or location of the launch, but said the monkey returned to earth safely.

Iran has long said it seeks to send an astronaut into space as part of its ambitious aerospace program, including plans for a new space center announced last year. In 2010, Iran said it launched an Explorer rocket into space carrying a mouse, turtle and worms.

The U.S. and its allies worry that technology from the space program could also be used to develop long-range missiles that could potentially be armed with nuclear warheads. Iran denied it seeks atomic weapons and claims it is pursuing nuclear reactors only for energy and medical applications.

Iran has announced several successful launches of satellites, dating back to 2005 in a joint project with Russia.

Tehran has not given details of its planned new space facility, but it already has a major satellite launch complex near Semnan, about 125 miles east of Tehran. A satellite monitoring facility is located outside Mahdasht, about 40 miles west of the Iranian capital.

Iran says it wants to put its own satellites into orbit to monitor natural disasters in the earthquake-prone nation, improve telecommunications and expand military surveillance in the region.