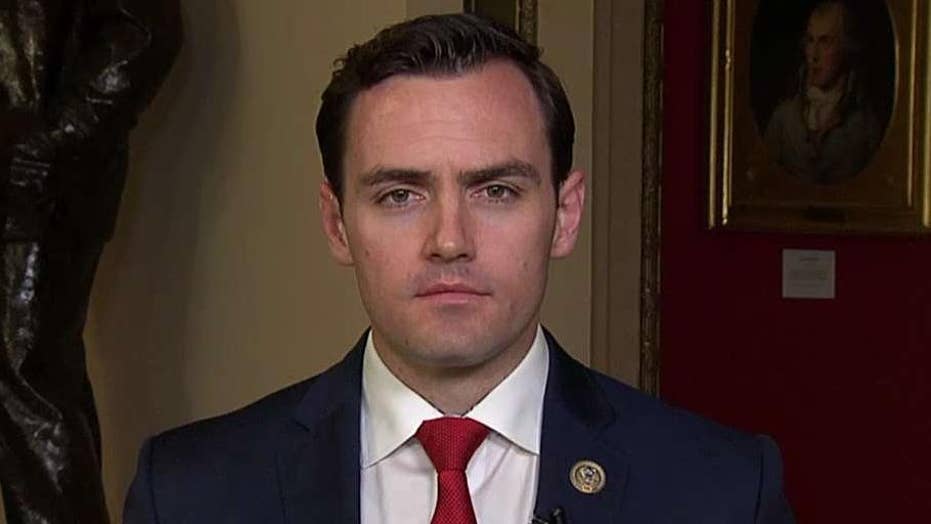 Rep. Mike Gallagher: I believe the threat from Iran is credible

Wisconsin Republican Rep. Mike Gallagher says he is not surprised that the Iranians are lashing out because of the economic strain U.S. sanctions have imposed on the country.

Wisconsin Rep. Mike Gallagher said the threat from Iran to U.S. forces and our allies is "credible” and “multi-faceted" and the Trump administration is responding to Tehran's "provocations."

The recent discord between the U.S. and Iran has raised concerns among lawmakers on both sides of the aisle about a potential war with Iran, and has drawn comparisons to the lead-up to the Iraq War in 2003.

TENSIONS OVER IRAN SHOW CRACKS IN A TIME-TESTED ALLIANCE

Recent days have seen allegations of sabotage targeting oil tankers off the coast of the United Arab Emirates, a drone attack by Yemen's Iranian-allied Houthi rebels and the dispatch of U.S. warships and bombers to the region.

Under pressure to explain the military build-up and change of posture, Pentagon officials said they are in the process of declassifying several satellite photos that they say show cruise missiles aboard small Iranian vessels.

Gallagher, a Republican member of the House Armed Services Committee, said the positioning of U.S. military assets sends a signal of strength that will hopefully convince the Iranian regime not to “lash out” any further.

“The fact that they’re lashing out should not surprise us, because their economy is being squeezed right now. The regime is in a very precarious and weak position right now since we’ve decided to eliminate the waivers of sanctions and oppose additional sanctions,” Gallagher said on "America's Newsroom" Thursday.

He added that he hopes the show of strength deters further provocations, because everyone involved should be against the prospect of war.

“But we can’t forget that it is the Iranian regime that is being provocative. We’re responding to credible threat reporting and we have to do what is necessary, certainly to protect our own people and our troops in the region,” Gallagher said.