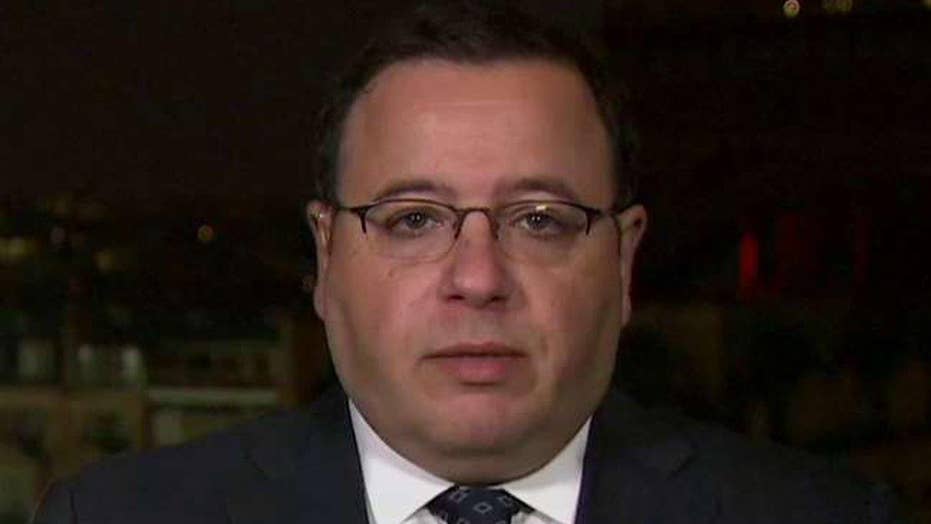 Gholam Hossein Mohseni Ejehi, the spokesman for Iran's judiciary, announced the punishment in a statement on the TV station's website.

"In brief, it is a prison sentence," he said. The verdict is "not finalized," he added, referring to an expected appeal.

Rezaian's lawyer, Leila Ahsan, told The Associated Press she had not been informed of the verdict - let alone details of the sentence.

"I have no information about details of the verdict," she said. "We were expecting the verdict some three months ago."

Rezaian was detained with his wife, Yeganeh Salehi, and two photojournalists on July 22, 2014. All were later released except Rezaian, a dual U.S.-Iranian citizen.

Rezaian went on trial in four closed-door court hearings at Tehran's Revolutionary Court over the past months. Last month, he was convicted of spying and other charges.

The Post has vigorously denied the accusations against its correspondent.

Rezaian, who has covered Iran for the Post since 2012, grew up in Marin County, California and spent most of his life in the United States. The Post, U.S. officials and Rezaian's family have all called for his release. Iran does not recognize dual-nationality.

Iran's state media, citing the indictment, have said Rezaian collected information on Iranian and foreign individuals and companies circumventing sanctions and passed them on to the U.S. government. Iranian state TV has repeatedly called Rezaian an "American spy."

Earlier this month, the intelligence department of the powerful elite Revolutionary Guard claimed in a report to parliament that Rezaian is an agent seeking to "overthrow" Iran's Islamic ruling system.

His incarceration and trial played out as Iran and five world powers, including the U.S., negotiated a landmark agreement in which the Islamic Republic agreed to curb its nuclear program in exchange for sanctions relief.

Iranian media in August quoted officials discussing the possibility of swapping Americans detained in Iran for 19 Iranians held in the U.S. It's unclear, however, whether that's been seriously discussed between Iranian and U.S. officials.