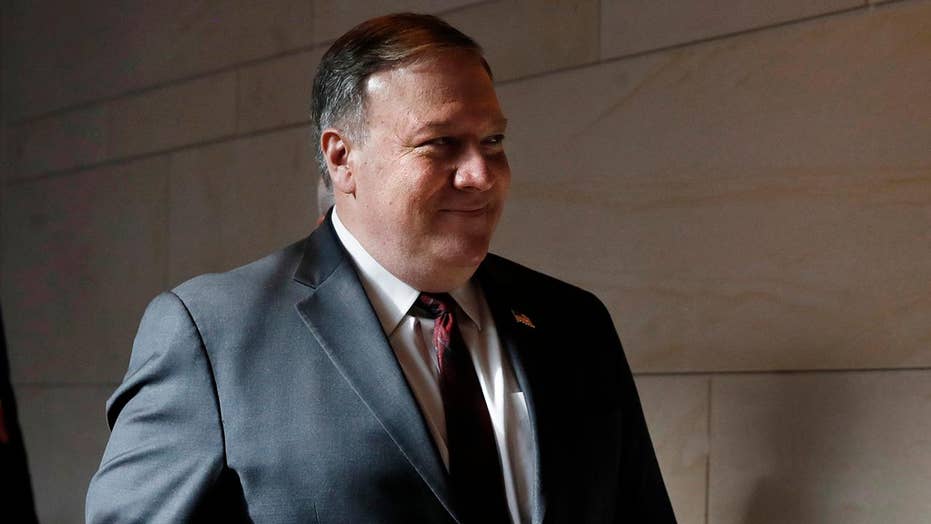 TEHRAN, Iran — Iran on Tuesday conducted one of at least two satellite launches it plans despite criticism from the United States, but the satellite failed to reach orbit, an official said.

The rocket carrying the Payam satellite failed to reach the "necessary speed" in the third stage of its launch, Telecommunications Minister Mohammad Javad Azari Jahromi told Iranian state television. Jahromi said the rocket had successfully passed its first and second stages before developing problems in the third. He did not elaborate on what caused the rocket failure, but promised that Iranian scientists would continue their work.

Iran has said it plans to send two satellites, Payam and Doosti, into the orbit. Payam means "message" in Farsi, while Doosti means "friendship."

It's unclear how the failure of the Payam will affect the launch timing for the Doosti. Jahromi wrote on Twitter that "Doosti is waiting for orbit," without elaborating.

Iran usually displays space achievements in February during the anniversary of its 1979 Islamic Revolution. This year will mark the 40th anniversary of the revolution amid Iran facing increasing pressure from the U.S. under the administration of President Donald Trump.

U.S. Secretary of State Mike Pompeo has said that Iran's plans for sending satellites into orbit demonstrate the country's defiance of a U.N. Security Council resolution that calls on Iran to undertake no activity related to ballistic missiles capable of delivering nuclear weapons.

Iran insists the launches do not violate the resolution.

Over the past decade, Iran has sent several short-lived satellites into orbit and in 2013 launched a monkey into space. The U.S. and its allies worry the same satellite-launching technology could be used to develop long-range missiles capable that could carry nuclear weapons.

Iran denies wanting nuclear weapons. A 2015 nuclear deal it struck with world powers limited its enrichment of uranium in exchange for the lifting of economic sanctions.

However, Trump pulled America out of the deal in May. While United Nations inspectors say Iran has honored the deal up to this point, it has threatened to resume higher enrichment.