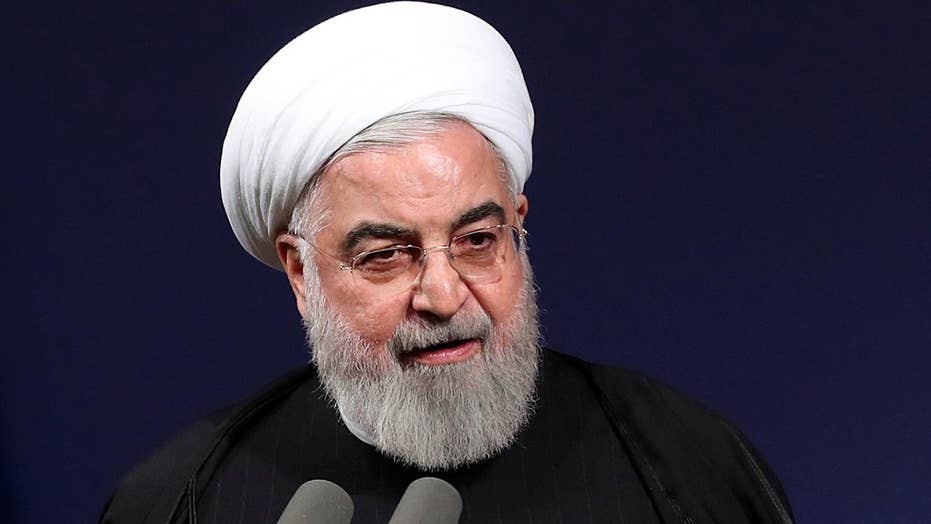 Iran's president makes the new claim as the regime faces growing pressure from European nations for breaking their commitments to the deal.

A defiant Iranian President Hassan Rouhani boasted Thursday that there is “no limit” to his country’s level of uranium enrichment – just days after European powers raised concerns about the Islamic Republic backing away from a 2015 nuclear deal.

Rouhani’s comments follow an announcement from Iran in the wake of Gen. Qassem Soleimani’s killing that the country will no longer respect limits set on how many centrifuges it can use to enrich uranium.

“We are enriching more uranium before the deal was reached,” Rouhani said during a televised speech before the heads of banks. “Pressure has increased on Iran but we continue to progress.''

“We have no limits on the nuclear file, and we are increasing enrichment every day,” he added, according to a tweet from the Lebanon-based Al-Mayadeen Channel.

But Iran so far has only modestly increased its nuclear activity, the Associated Press says.

In recent months it has boosted its enrichment of uranium to 4.5 percent — higher than the 3.67 percent limit set by the agreement but far from the 20 percent enrichment it was engaged in before the deal. Uranium must be enriched to 90 percent to be used in a nuclear weapon.

President Trump withdrew from the nuclear agreement in May 2018, in part because it did not address Iran's support for armed groups across the region and its ballistic missile program. The U.S. has since imposed crippling sanctions on Iran's economy.

Iran continued to abide by the agreement until last summer, when it began openly breaching some of its limits, saying it would not be bound by the deal if it saw none of its promised economic benefits.

Britain, France, and Germany, which signed the Joint Comprehensive Plan of Action in 2015, sent a letter to the European Union’s foreign policy chief on Tuesday saying that they are triggering its “dispute mechanism” – which begins a process that could result in the U.N. restoring sanctions it previously lifted under the agreement if Iran continues to back away.

“We have therefore been left with no choice, given Iran’s actions, but to register today our concerns that Iran is not meeting its commitments,” the foreign ministers of the three countries wrote.