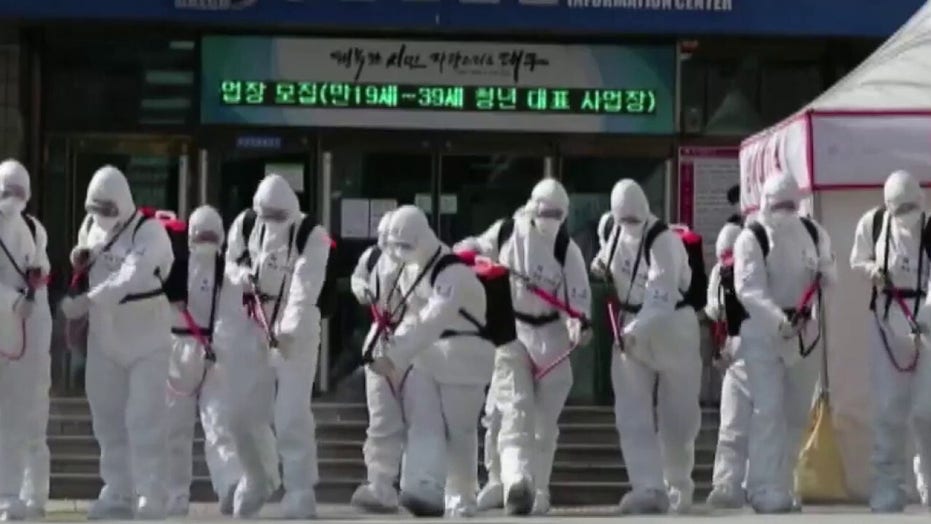 The coronavirus is prompting school closings in some parts of the U.S. and puts a major glitch in worship plans for millions of Muslims in the Middle East; Fox News correspondent David Lee Miller reports.

The commander of the Iranian Revolutionary Guard Corps (IRGC) said the coronavirus might be the result of a biological attack from the United States, according to a local news agency.

Maj. Gen. Hossein Salami, who has previously vowed to "cleanse the planet from the filth" of Israel and the U.S., according to The Jerusalem Post, made the comments in the same engagement in which he praised Qassem Suleimani, who ran the IRGC's elite Quds Force until he was killed in January by an American drone strike while in Iraq.

The Iranian Student's News Agency reported Salami said that the virus may be the product of an "American biological invasion," according to a rough translation of the comments through Google translate. The news outlet also included Salami's comments in a tweet posted early Thursday morning, U.S. time.

The coronavirus is, of course, not the product of a U.S. attack, but rather a disease that originated at a market in the Chinese city of Wuhan that escaped Chinese containment efforts and has now spread to every continent in the world besides Antarctica.

Iran and Italy have the world’s highest death tolls outside of China. Iran has recorded 2,922 cases, 92 of which have been fatal, according to the latest World Health Organization figures.

Iran last week tried to play down concerns over the virus, but as things have gotten worse officials now say the government may have to mobilize 300,000 soldiers and volunteers to confront the virus, which causes a disease officially called COVID-19.

There are concerns that Iran is underreporting the number of people infected within its borders, as its death rate from the infection has hovered around 4 percent — significantly higher than the rate in other countries.