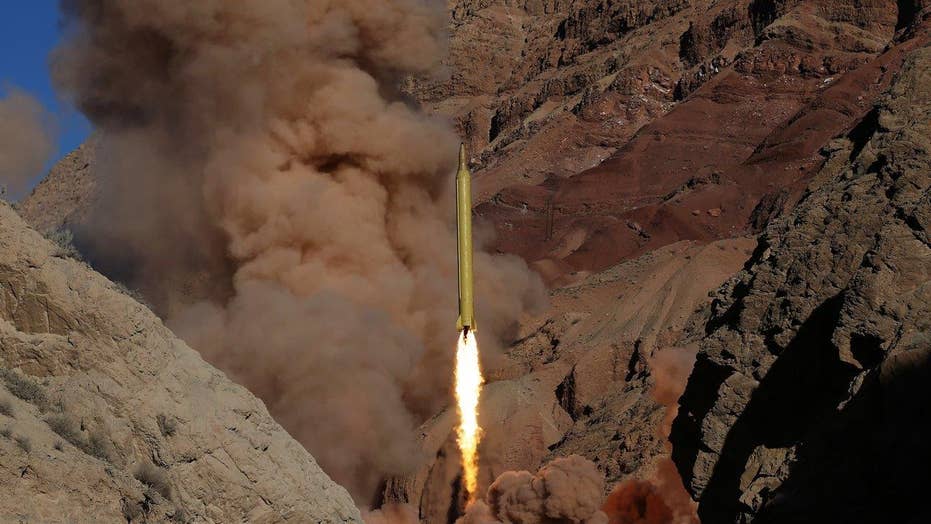 Iran is preparing to launch a new long-range rocket into outer space as soon as this weekend, U.S. officials told Fox News.

The missile is known as a Simorgh, and officials are watching the missile on the launch pad as it is being fueled at an undisclosed location inside Iran.

Officials told Fox they have not seen this specific type of rocket launched in the past.

Any test of a new ballistic missile would be an apparent violation of a UN resolution forbidding Iran from working on its rocket program.

A Simorgh rocket is designed to carry a satellite into space.  Officials are concerned that any space launch uses the same technology needed to launch a nuclear-tipped intercontinental ballistic missile or ICBM.

The Simorgh rocket was first unveiled by then-Iranian President Mahmoud Ahmadinejad in 2010.

Allthingsnuclear.org first reported the Iranian Simorgh missile was being prepared for launch last month and says it is capable of sending a heavier satellite into space at a higher orbit, showing greater capability then precious launches.

Iran has successfully placed four satellites into orbit beginning in 2009 the last occurring in 2015.

Iran's earlier space launches used a smaller rocket, a variant of the Shahab-3, according to allthingsnuckear.com

This week, Iran launched multiple ballistic missiles on one day for the first time since 2012, according to defense officials.

UN Security Council Resolution 2231 says Iran is “not to undertake any activity related to ballistic missiles designed to be capable of delivering nuclear weapons, including launches using such ballistic missile technology.”

The U.S. State Department says the launches this week were not in violation of the nuclear deal, but “inconsistent” with UN Security Council Resolution 2231, which was tied to the nuclear deal when it went into effect.

Secretary of State John Kerry raised concerns about Iran’s recent missile launches in a phone call with his Iranian counterpart Thursday, including reports that Iran scribbled “Israel must be wiped off the Earth” according to State Department spokesman John Kirby.

Both short and medium-range ballistic missiles tested recently by Iran are capable of carrying nuclear warheads.

"The latest missiles launches are further evidence of Iran's aggression and of how its leaders intend to use the money it is receiving under the Obama nuclear deal." said House Armed Services Chairman Mac Thornberry, R-Texas.

Kirby said earlier this week that reports of Iran’s recent ballistic missile launches would be brought to the attention of the UN Security Council.

The launches would not violate the landmark nuclear deal implemented in January, according to Kirby.

Vice President Joseph Biden, while meeting with Israeli Prime Minister Netanyahu Wednesday did not acknowledge the missile launch directly, but he issued a strong warning to the Iranians.

"A nuclear-armed Iran is an absolutely unacceptable threat to Israel, to the region and the United States. And I want to reiterate which I know people still doubt here: if in fact they break the deal, we will act," he said.

Despite reports of Iran repeatedly violating the UN resolution by launching ballistic missiles, the State Department is confident additional sanctions could be called upon unilaterally if needed.

“We always have those tools available to us,” said Kirby this week.

Appearing in front of the Senate Armed Services committee in Washington, the outgoing head of U.S. Central Command, Gen. Lloyd Austin said Tuesday, “Some of the behavior we've seen from Iran of late is certainly not the behavior you'd expect from a nation that wants to be taken seriously.”

Anthony Cordesman of the Center for Strategic & International Studies says the Obama administration’s policy toward Iran is muddled.

“I don't think we've sent clear signals. We seem to be dealing with the nuclear agreement as if it’s some kind of legacy. It won't be a legacy if Iran acts out in other ways,” he said.