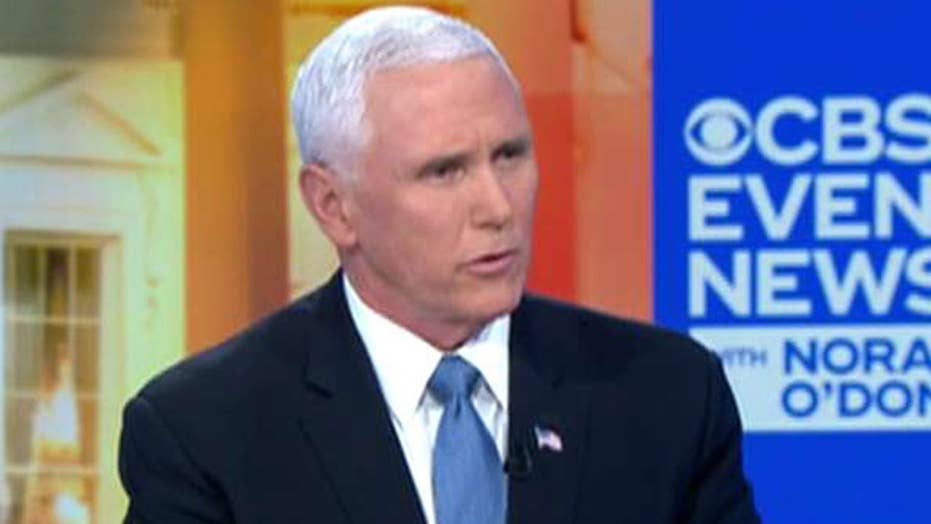 "We're receiving some encouraging intelligence that Iran is sending messages to those very same militias not to move against American targets or civilians, and we hope that that message continues to echo," Pence told CBS News in an interview.

This came just hours after a second attack this week in Iraq. Iranian-backed militias are believed to have fired two rockets near the U.S. Embassy in Baghdad’s Green Zone late Wednesday local time. No casualties have been reported.

The Iranian government had launched 15 ballistic missiles at two separate bases housing U.S. troops in Iraq, but Iranian Foreign Minister Mohammad Javad Zarif said that the attacks were “proportionate measures in self-defense.” He made it clear that Iran did not plan to escalate tensions further.

“We do not seek escalation or war, but will defend ourselves against any aggression,” Zarif tweeted.

Wednesday's attacks were not directly linked to the Iranian government, but the militia receives direction and funding from the Iranian regime.

"Sometimes you'll see Iran's supreme leader, Ayatollah Khomeini, or you'll hear the president of Iran, Hassan Rouhani, say that they can or can't control the actions of these militias operating in Iran and Iraq, but the reality on the ground is that most of what happens here is somehow linked to Iran," Trey Yingst said Wednesday on “Fox News Reporting.”

Benjamin Hall said Wednesday on “The Story with Martha MacCallum” that Iran’s intent from the ballistic missile attack was still in question.

“Were they trying to kill Americans as we heard earlier today from Secretary of Defense Mark Esper, as well as top U.S. military general Gen. [Mark] Milley who said categorically yes, that had been their aim, and missiles were targeting U.S. forces and they were designed to kill Americans?” Hall asked.

“Ayatollah Khomeini said the attack yesterday was a slap in the face of the Americans but that the true goal they were working toward was U.S. troops leaving Iraq, leaving the Middle East, and they would continue working toward that aim,” he added.