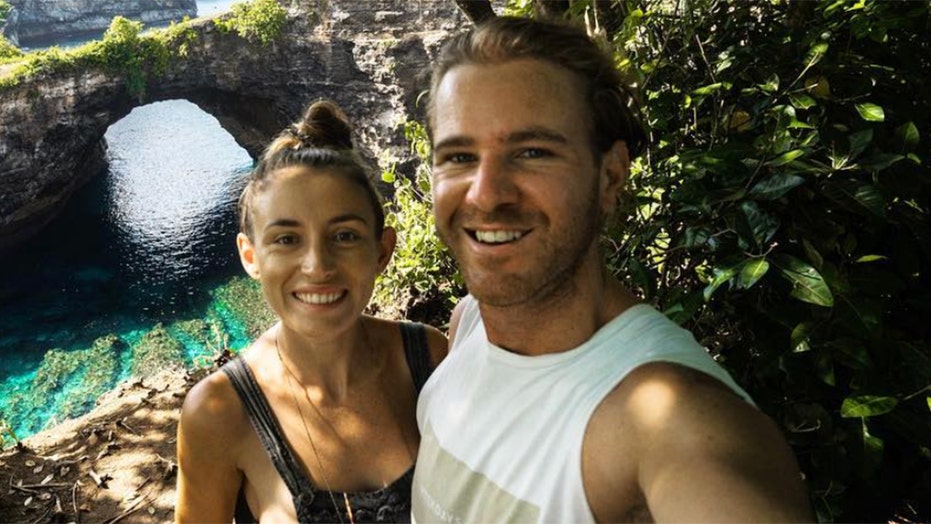 Iran has freed two Australian travel bloggers who were detained for three months after being arrested for flying a drone near a military zone without a license.

Tehran dropped its charges against Australian-British blogger Jolie King and her fiancé Mark Firkin, who both returned to Australia. They had been held in the notorious Evin Prison in Tehran since early July.

King and Firkin were released as part of a possible prisoner swap, according to The Associated Press.

At the same time as the couple's release, Iranian state-run television reported that Reza Dehbashi, an Iranian scientist who was detained for 13 months in Australia over the purchase of a defense system for his country from the United States, had returned home.

Iranian TV said that the Australian judiciary had planned to send Dehbashi to the U.S. but that he was released through Tehran's diplomatic efforts.

King and Firkin thanked the Australian government and released a statement, saying: "We are extremely happy and relieved to be safely back in Australia with those we love. While the past few months have been very difficult, we know it has also been tough for those back home who have been worried for us.”

The couple requested privacy as they try to "get back to [our] normal lives."

“We know there are others who remain in detention in Iran, including a fellow Australian, and believe intense media coverage may not be helpful for efforts to bring them home,” the couple said.

Melbourne University Islamic studies lecturer Dr. Kylie Moore-Gilbert has been detained in Iran since October 2018 on accusations of spying for an unidentified third country.

Australia Foreign Minister Marise Payne said Saturday that Moore-Gilbert's situation is "very complex" and the government is still trying to secure her return.

“She has been detained for some considerable time, and has faced the Iranian legal system and has been convicted and sentenced,” Payne said. It was not immediately clear what sentence had been passed down against her.

Before their arrest, King and Firkin had been traveling around the globe, documenting their adventures in YouTube videos and on Instagram.