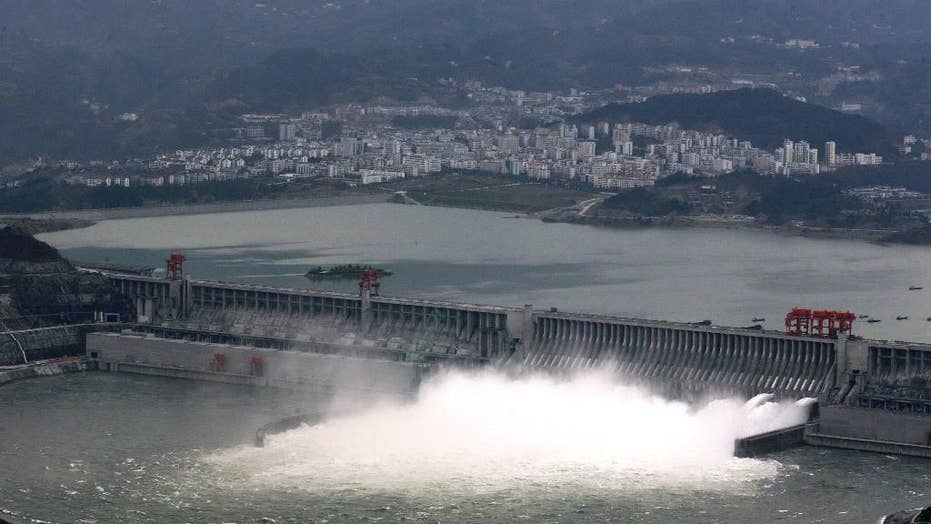 China’s Three Gorges Dam, the world’s biggest and most controversial hydropower structure, was rumored to have been cracking and splitting as people posted satellite images of the structure last week. Chinese officials stated the structure was sound, denying online rumors that the construction was at risk of collapse.

Safety experts of the government-run China Three Gorges Corporation said on its official website that the dam had warped a few millimeters due to temperature and water level changes, but the changes were well within their normal range of safety indicators, Reuters reported.

Google Maps image of the Three Gorges Dam, showing the evident warping on the structure.

The company released its statement in response to a Twitter user who posted satellite images from Google Maps, showing the structure had bent and was at risk of splitting. The images were circulated via domestic social media known as WeChat.

Chinese financial news service Caixin Global reported on Tuesday that Beijing stated the photographs were an issue with satellite imaging itself rather than with the structural integrity of the dam.

In this Nov. 7, 2008 photo, the flow of water is discharged through the Three Gorges Dam in Yichang in central China's Hubei province. State-owned China Three Gorges Group is spending heavily to buy or build hydro, wind and solar projects at a time when Western utility investors are pulling back and U.S. President-elect Donald Trump’s pledge to revive coal use has raised doubt about U.S. support for renewables. (Chinatopix via AP) (The Associated Press)

Reuters reported the 200-yard Three Gorges Dam has been one of China’s most expensive and questionable developmental projects - submerging entire villages, displacing millions of people and disrupting ecosystems along the Yangtze River with its construction. Critics also said the dam increased earthquake and landslide risks in the region.

In 2011, five years after the creation of the structure, Beijing admitted the project had caused vast social and environmental damage and promised 124 billion yuan ($18 billion) in monetary damages. The parliamentary delegate said half of the promised money had still not been reimbursed this year.