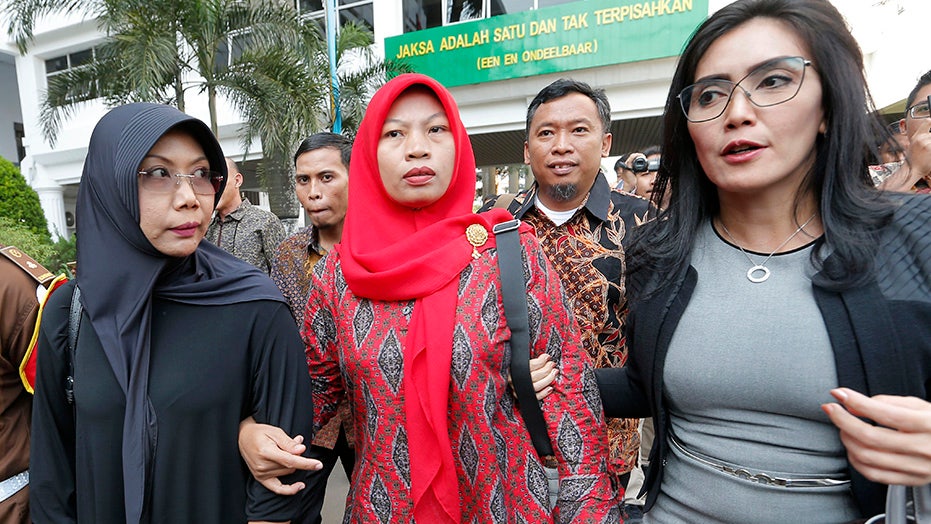 An Indonesian woman who received a pardon Thursday after being sentenced to jail for recording her boss’ lewd phone call to prove she was being harassed says she hopes other women “speak up” to prevent similar experiences from happening.

Nuril Maknun, a mother of three whose amnesty was granted by President Joko Widodo and approved by parliament, made the comments while weeping in front of lawmakers.

"Don't let anyone else have an experience like mine,” she said, according to the BBC. "It hurt so much. I hope there won't be any more victims, and women should dare to speak up."

Her remarks were met with applause from Indonesia’s parliament.

MAKNUN SAYS ‘I WAS THE ONE WHO BECAME THE VICTIM’

Maknun, 41, had worked as a part-time bookkeeper at a high school in Mataram, the largest city on Indonesia’s religiously conservative island of Lombok.

Her allegations against her boss, who goes by the single name Muslim, as is common in Indonesia, began in 2013 when he took over as principal at the high school she worked at.

According to the New York Times, Muslim made vulgar remarks against her and spread a rumor the two had been carrying on an affair.

Maknun complained multiple times of receiving lewd phone calls from her boss and, in one instance, recorded him using explicit language and hounding her to have an affair – all without his knowledge. She gave the recording to a third person and eventually distributed it on an electronic device.

When Muslim became aware of the recording, he filed a police complaint against Maknun for criminal defamation. She was arrested and jailed for a month.

Prosecutors then charged her with distributing obscene material.

She was initially cleared of the charges of violating the country’s strict anti-pornography laws by distributing the recording in a bid to expose the man’s history of lecherous behavior.

Prosecutors appealed the verdict, however, and in early July, the country’s top court reversed the decision and sentenced her to six months in prison.

The Times reported that Maknun's boss has never been punished for harassing her and instead has been promoted repeatedly.