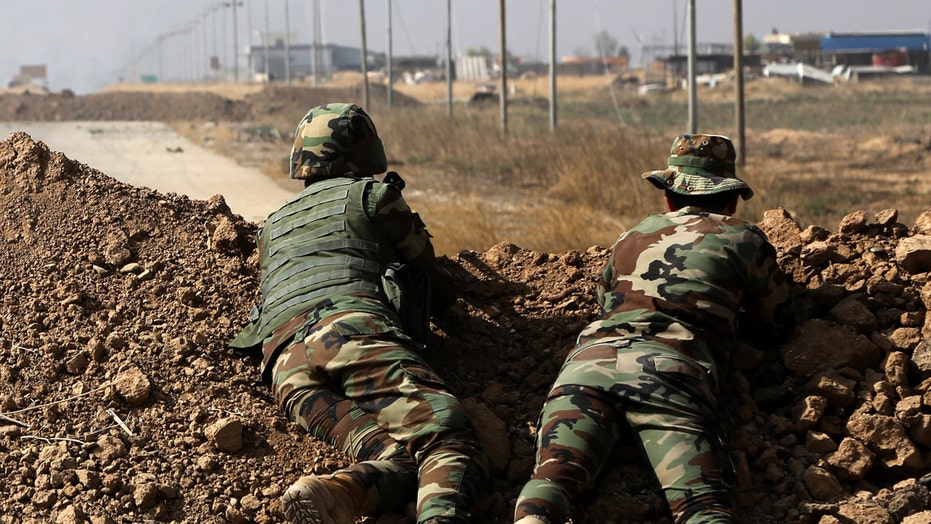 BAGHDAD – On the eerily quiet streets of Mosul, fighters from the Islamic State group are killing suspected spies, blocking roads and planting bombs ahead of a showdown with Iraqi forces.

Residents who have endured more than two years of militant rule describe a city under siege, and they say a new sense of terror has set in since Iraq announced the start of a long-anticipated operation to liberate its second-largest city.

Three residents who spoke with The Associated Press by telephone described a ghost town where people only venture out to buy basic goods that are increasingly running low.

They said large groups of IS militants have left the city in recent weeks, but those who remain have become increasingly brutal, killing anyone suspected of trying to communicate with the outside world. For that reason, the residents spoke on condition of anonymity, fearing for their safety.

"The situation inside Mosul is terrifying," said one of them, a merchant. He said he has stocked food, water and cooking gas for 40 days and bought an oven to bake bread.

IS released a propaganda video Tuesday showing bustling streets in Mosul, with residents going about their business, with one grilling meat over open coals, and saying all is well.

The individuals who spoke to the AP painted a very different picture.

They say IS militants patrol Mosul's streets on bicycles or motorbikes to make for smaller targets from the air. Other fighters are preparing for war by closing roads with sand berms and concrete walls, and readying barrels of oil and tires to set ablaze in order to obscure the visibility of warplanes from the U.S.-led coalition.

The extremists also have grown increasingly paranoid and violent. On Sunday evening, a resident said the fighters shot a man twice in the head in front of his family and neighbors. His crime: possession of a SIM card for a cellphone.

A few days earlier, five men accused of spying were killed by a firing squad in a public square.

Mosul is completely dark at night because IS forbids the use of any generators, fearing the lights could draw airstrikes.

"Every minute passes like a year," said a father of three.

Residents heard about the start of the offensive on the radio, he said, with the city rattled by airstrikes on its outskirts.

"We have mixed feelings. We are happy that we will eventually be liberated from Daesh and afraid of what will happen afterward," the father said, using the Arabic acronym for IS.

"The recent airstrikes are really shaking the ground and houses," another resident said. "My wife prays and recites verses from the holy Quran when airstrikes start, while children cry. We are afraid that one of these airstrikes might hit us."

Fearing a mass exodus from the city, which is still home to 1 million people, the coalition has dropped leaflets telling people to stay inside. Human rights groups worry many will run from Mosul to other areas held by IS out of fear they could be treated even worse by their purported liberators.

"A lot of people are going to flee," said Berkis Wille, the senior Iraq researcher for Human Rights Watch, which also is in contact with people inside the city. "A lot of them are extremely fearful of what the battle might bring."

That's because the array of forces converging on Mosul, a mainly Sunni Arab city, includes government-sanctioned Shiite militias who have been accused of abuses in Sunni areas, as well as newly formed fighting units from minority groups like the Yazidis who were brutalized by IS.

Sunni Arabs who stayed in Mosul under IS rule fear they will be treated like supporters of the extremist group, Wille said. They point to the recapture of Ramadi, which was almost entirely reduced to rubble, and Fallujah, where rights groups say hundreds of men fleeing the city were detained or tortured, or simply disappeared.

Amnesty International said in a report released Tuesday that thousands of Sunni Arabs fleeing areas held by IS have been subjected to abuses by paramilitary and government forces. It highlighted an incident in which 12 men and boys were shot and killed outside Fallujah after surrendering to men wearing military and federal police uniforms; another 73 men and boys from the same tribe are still missing, it added.

The London-based group cited an incident in Saqlawiya, also near Fallujah, in which militiamen seized about 1,300 men and older boys. Three days later, more than 600 were transferred to local officials bearing signs of torture.

"Survivors interviewed by Amnesty International said they were held at an abandoned farmhouse, beaten with various objects, including shovels, and denied food and water," the group said. It said the report was based on interviews with more than 470 former detainees, witnesses and relatives of those killed, missing or detained.

When asked about the Amnesty report at a news conference, Prime Minister Haider al-Abadi said he had not read it and expressed skepticism about previous reports of such abuses by rights groups.