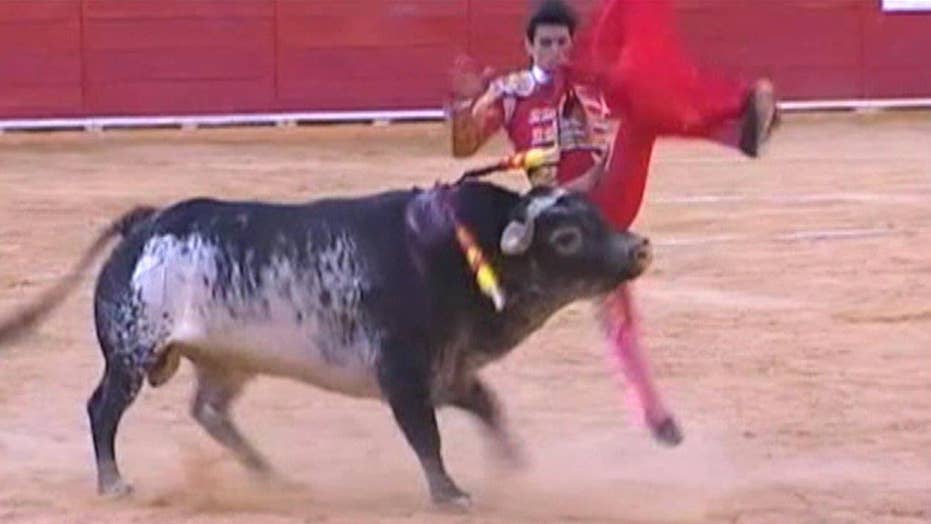 SEPULVEDA, Spain – Hundreds of people are gathering for a funeral Mass for Spanish bullfighter Victor Barrio who was fatally gored in a bullring this past weekend.

People applauded as the coffin was carried Monday from a hearse to a packed church in the central town of Sepulveda.

The 29-year-old Barrio died after being gored in the thigh and chest in the central city of Teruel on Saturday. The goring was broadcast live on television and news of his death stirred widespread reaction across Spain.

Medics were at his side almost immediately but he died later in the ring infirmary.

He was the first professional matador to die during a bullfight in Spain since 21-year-old Frenchman Jose Cubero Yiyo was fatally gored in 1985 in Madrid.