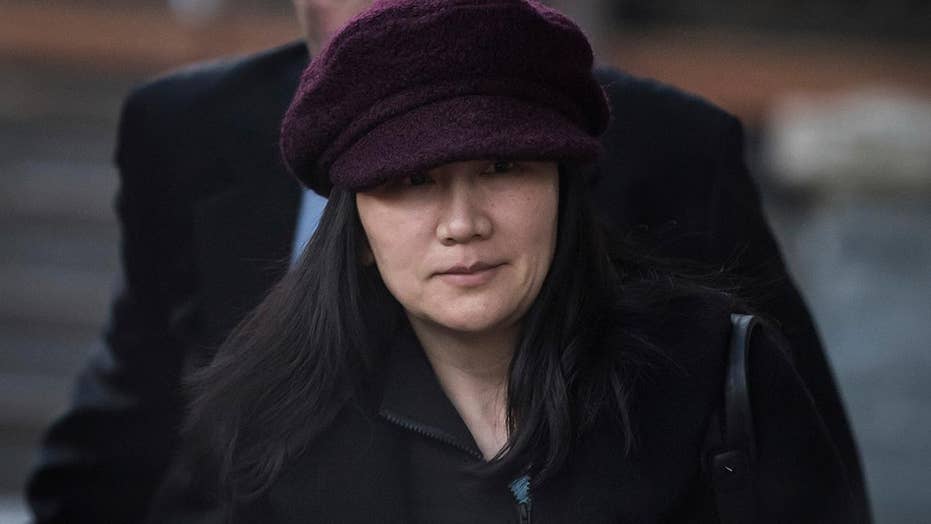 Asia analyst Gordon Chang explains why the fight against the tech giant matters amid trade talks between the U.S. and China

Embattled Huawei Technologies chief financial officer Meng Wanzhou filed a lawsuit against the Canadian government, police and border officials, claiming her civil rights were violated when she was detained at Vancouver International Airport in December.

The lawsuit, filed Friday, claimed Meng was only told why she was arrested three hours after she was searched and questioned by a Royal Canadian Mounted Police officer and border officials “under the false pretense of a routine border check,” the Wall Street Journal reported.

"[The officers] intentionally failed to advise her of the true reasons for her detention, her right to counsel and her right to silence,” the suit stated.

She was also not properly given access to a lawyer, her filing alleges.

CHINA ACCUSES US OF 'DOUBLE STANDARD' OVER HUAWEI CLAIMS

Canadian officials detained Meng at the Vancouver airport in December on behalf of the U.S. government, which seeks to extradite the tech executive for allegedly trying to skirt sanctions on Iran by misleading banks. Meng was transferring flights at the time of her arrest and was in custody for several days before posting bail.

Meng’s lawsuit was filed on the same day Canada announced it would allow the U.S. extradition request for the exec to proceed.

Meng is due in court on Wednesday to set a date for the extradition proceedings to start. It could be several months or even years before her case is resolved.

China has repeatedly urged Canada to release Meng since her December arrest. Chinese Foreign Ministry spokesman Lu Kang on Monday accused Canada and the U.S. of abusing their bilateral extradition treaty. He reiterated Beijing's demand that Washington withdraws its accusations against Meng.