North and South Korea opened the first-ever telephone hotline between their leaders Friday ahead of a rare summit next week focusing on de-escalating the nuclear standoff.

“The historic direct telephone line between the leaders of the South and North was connected a short while ago,” South Korean presidential official Youn Kun Young said in a news briefing.

“The test call went on for 4 minutes and 19 seconds starting at 3:41 p.m. with (officials from) both sides speaking to each other ... The connection was smooth and the voice quality was very good. It was like calling next door,” he said. 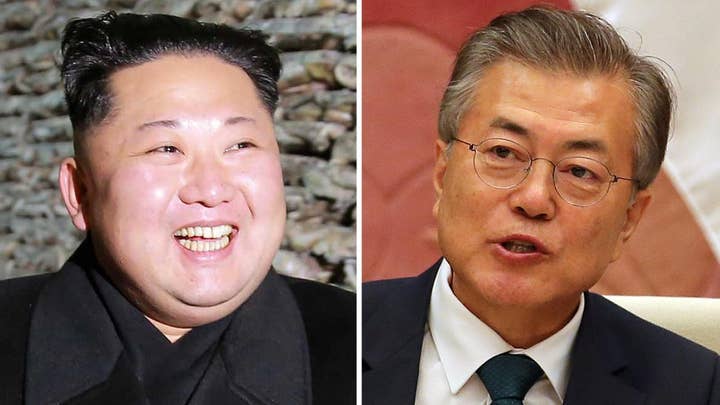 Officials say the hotline, reminiscent of the Moscow-Washington hotline during the Cold War, will help to facilitate dialogue and reduce misunderstanding during times of escalation.

The direct line between the two leaders came months after a border hotline was opened in January, nearly two years after radio silence from the communist regime.

The leaders of both Koreas are expected to have a first-ever phone conversation sometime before their meeting next Friday at the border truce village of Panmunjom.

The high-stakes meeting will be only the third summit between the two Koreas since the end of the Korean War in the 1950s. Both countries never signed armistice and technically remain at war.

Many hope the summit will pave way for a peaceful resolution of the North Korean nuclear crisis.

President Donald Trump is also expected to meet the North Korean leader in the coming months.