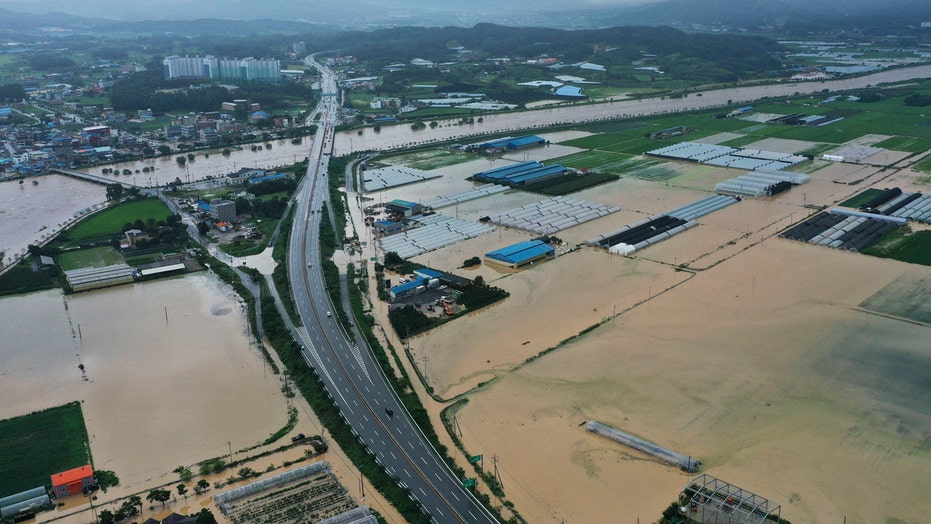 The Ministry of the Interior and Safety said the heavy rainfall triggered landslides in dozens of places, flooded residential areas and roads, and damaged some riverside structures.

Much of the damage occurred in the Seoul metropolitan area and the central region.

The ministry said the six dead people were either buried by mud or destroyed building parts following landslides or swept away by swollen waters.

Ministry officials said one died on Saturday and the other five on Sunday, all in the Seoul metropolitan area or the central region.

A part of a park near Han river is flooded after heavy rain in Seoul, South Korea, Sunday, Aug. 2, 2020. (Kim In-chul/Yonhap via AP)

A man stands on road covered with mud and rocks after heavy rains in Chungju, South Korea, Sunday, Aug. 2, 2020. (Chun Kyung-hwan/Yonhap via AP)

The Seoul area and the central region are expected to continue to receive heavy rain until Monday morning.