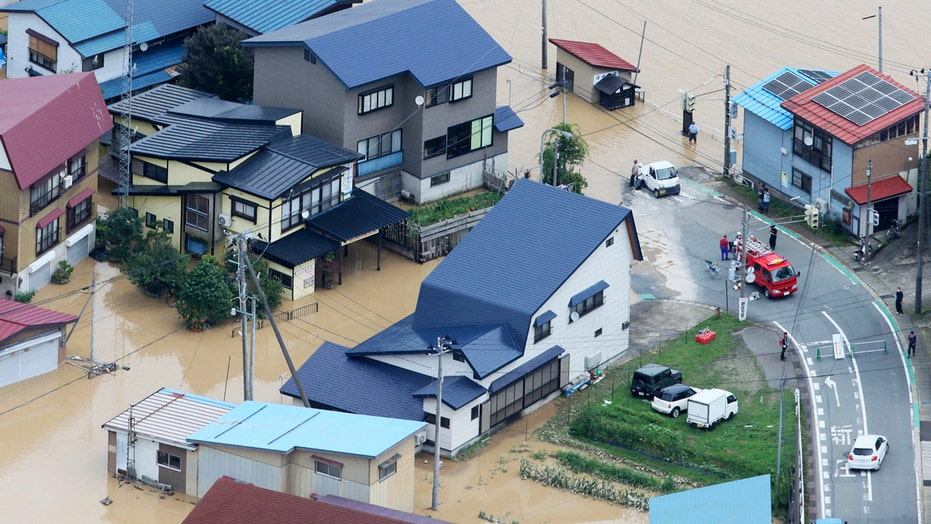 Suga told reporters no deaths have been confirmed. But he warned people should evacuate from risky areas. A mudslide has isolated an area with more than 500 people, he added.

The Yamagata Shinkansen bullet train temporarily stopped running, and some highways were blocked off.

Heavy rainfall was expected throughout Wednesday, including in some areas near Tokyo. The southwestern area of Kyushu was hit with heavy rain earlier this week.